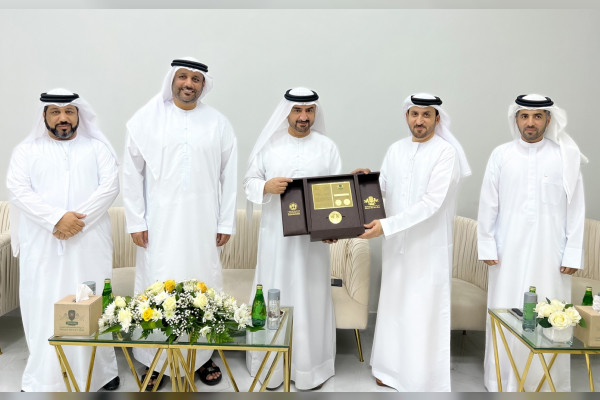 This came during Sheikh Abdullah’ visit Saturday, to the Sharjah Old Cars Club located on the Sharjah-Al Dhaid Road, next to Sharjah International Airport.

He praised the development witnessed by the club in various fields to raise the level of the club and make more achievements.

During his visit, Sheikh Abdullah bin Salem was briefed on the club’s various projects and initiatives, which aim to support and develop old motor sports and enhance the emirate’s position through various local, regional and international activities.

He watched a detailed presentation on the latest projects that the club is working on related to modern technologies, augmented reality and simulation programmes to enhance tourism promotion of the most important landmarks in the Emirate of Sharjah and spread the culture of old car acquisitions.

Sheikh Abdullah bin Salem also listened to a number of development proposals for the technical workshop and to raise cars’ capacity, before he was acquainted with a number of achievements at the level of motorsports and old bikes, development plans and future directions in the club.

The Board of Directors of the Sharjah Old Cars Club expressed their thanks and appreciation to H.H. Dr. Sheikh Sultan bin Muhammad Al Qasimi, Supreme Council Member and Ruler of Sharjah, for his constant patronage and support, and to Sheikh Abdullah bin Salem, for his visit and continuous support for club’s activities.