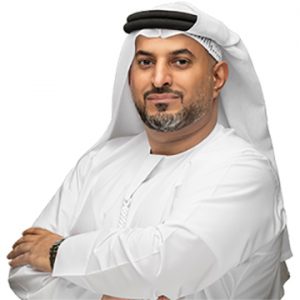 Mohamed Helal Al Mheiri, Director-General of the Abu Dhabi Chamber, received Abdallah Al Dardari, Resident Representative of the United Nations Development Programme (UNDP) in Afghanistan, and the accompanying delegation at the chamber’s tower in Abu Dhabi.
Attended by Helal Mohamed Al Hameli, Deputy Director-General of the Abu Dhabi Chamber, both sides discussed promoting their economic cooperation by opening more communication channels between businesses in Abu Dhabi and Afghanistan.
“The Abu Dhabi Chamber is completely ready to offer all the tools necessary to push the cooperation between businesses in Abu Dhabi and Afghanistan forward, considering their strong ties,” said Al Mheiri at the beginning of the meeting, reiterating the chamber’s commitment to holding such meetings which would explore cooperation potentials and serve their shared interests.
Al Dardari, in turn, commended the pioneering role of the Abu Dhabi Chamber in supporting businesses and expressing high hopes for increasing the cooperation between the business community in Afghanistan with that of Abu Dhabi.
The visiting delegation highlighted the efforts being made by the UNDP and its partner United Nations Agencies to support the dire basic human needs of the Afghan population.