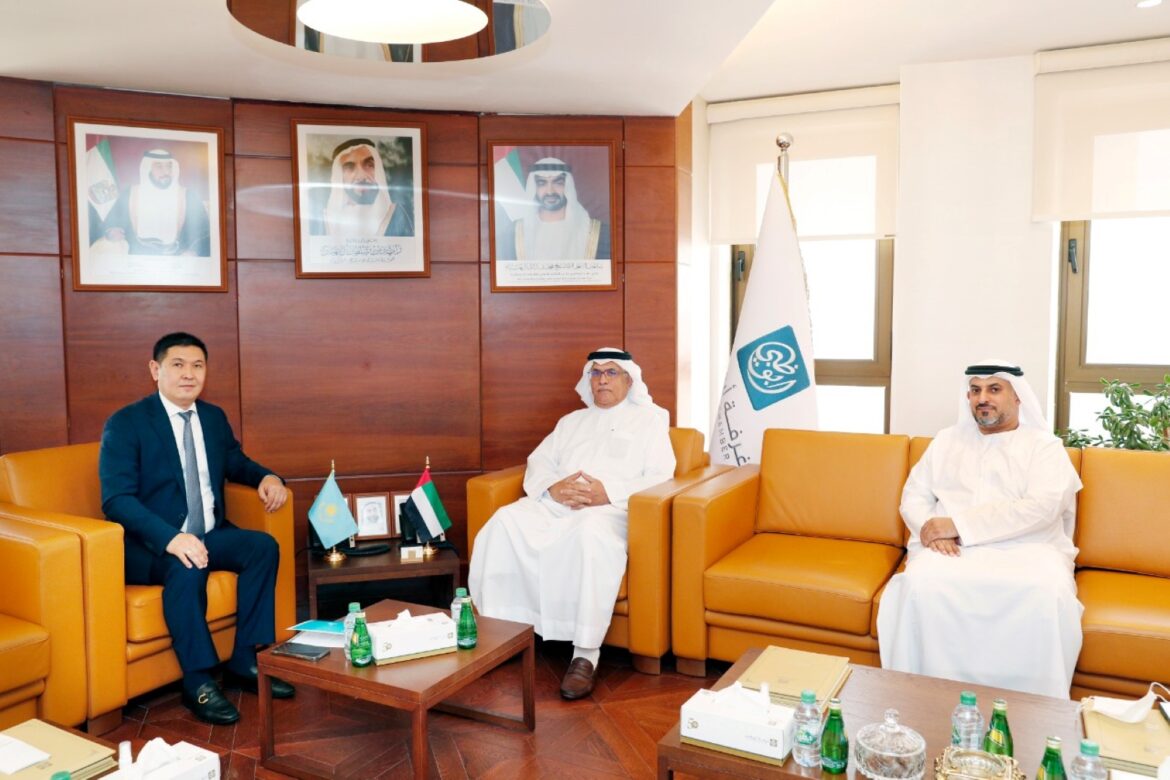 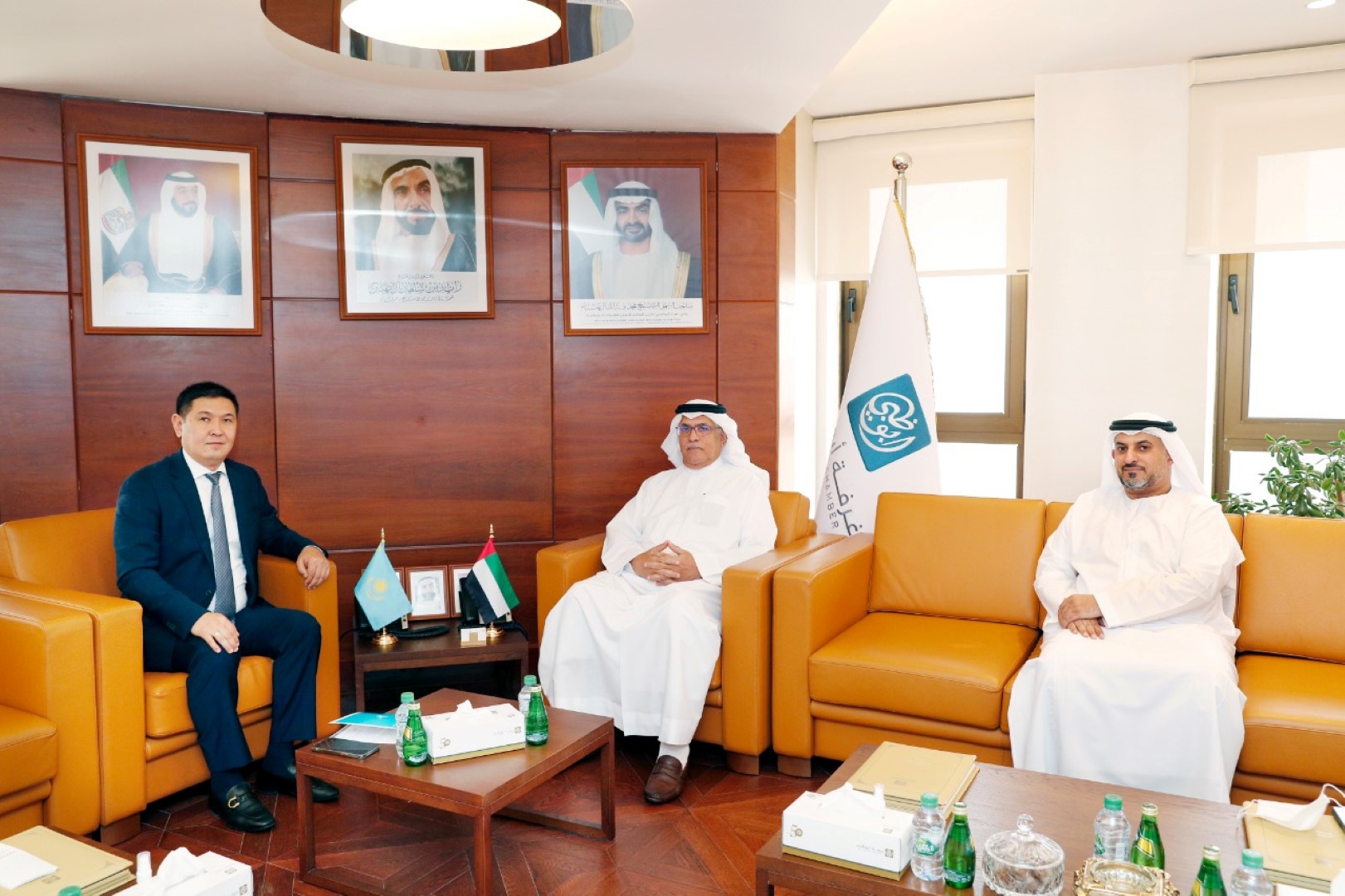 ABU DHABI, 15th September, 2022 (WAM) — Within their endeavour to boost trade and investment relations between businesses in Abu Dhabi and Kazakhstan, Abdullah Mohamed Al Mazrouei, Chairman of the Abu Dhabi Chamber of Commerce and Industry, received Madiyar Menilbekov, Ambassador of Kazakhstan to the UAE, at the Chamber’s headquarters in Abu Dhabi.

Attended by Mohamed Helal Al Mheiri, Director-General of the Abu Dhabi Chamber, the meeting discussed expanding the partnerships between the private sectors in the UAE and Kazakhstan, considering their vast economic capabilities.

“Kazakhstan is one of our key trade partners,” said Al Mazrouei at the beginning of the meeting, expressing high hopes that the visit of the Kazakh Ambassador would serve the best interests of both sides in expanding economic cooperation in various sectors. “Such visits would increase trade and investment relations and allow us to benefit from the agreements between the two countries in deploying our capabilities in forming new added-value partnerships,” he added.

The chairman underscored the readiness of the Abu Dhabi Chamber to provide any facilities required by the businesses of Kazakh companies wishing to invest in Abu Dhabi. He also emphasised the necessity of exchanging trade delegations and attending economic conferences and forums to support economic and trade cooperation between Abu Dhabi and Kazakhstan, especially non-oil trade which aligns with the visions of the Abu Dhabi government and the UAE in diversifying income sources and focusing on an innovation- and knowledge-based economy.

Ambassador Menilbekov said that economic cooperation between the two countries is prospering, highlighting expectations to see a considerable increase in trade, investment and tourism activity in the near future, especially following the signing of several investment agreements.

He added that both sides are preparing to sign new economic cooperation agreements, describing the business community in Abu Dhabi as a key economic partner with Kazakhstan, considering the sheer number of joint projects between Abu Dhabi and Kazakhstan.

Maintaining investment in oil and gas critical for energy security and economic...