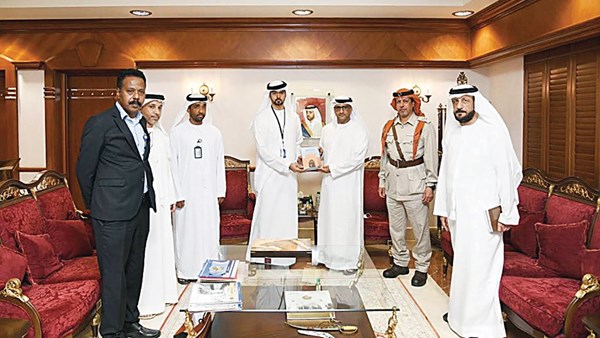 A delegation from the Police Legacy Department of the Protocol and Public Relations Department at the Abu Dhabi Police General Headquarters was briefed on the best practices used in the National Archives and Library.
During his meeting with the delegation, Abdullah Majid Al Ali, Director General of the National Archives and Library, praised the role of the Abu Dhabi Police in preserving its historical heritage and the continued efforts to document its march through historical stages since its establishment. operating procedures in force in the institution, books and historical publications were exchanged in the Archives Building and the National Library.

Parking is free in Abu Dhabi on Islamic New Year