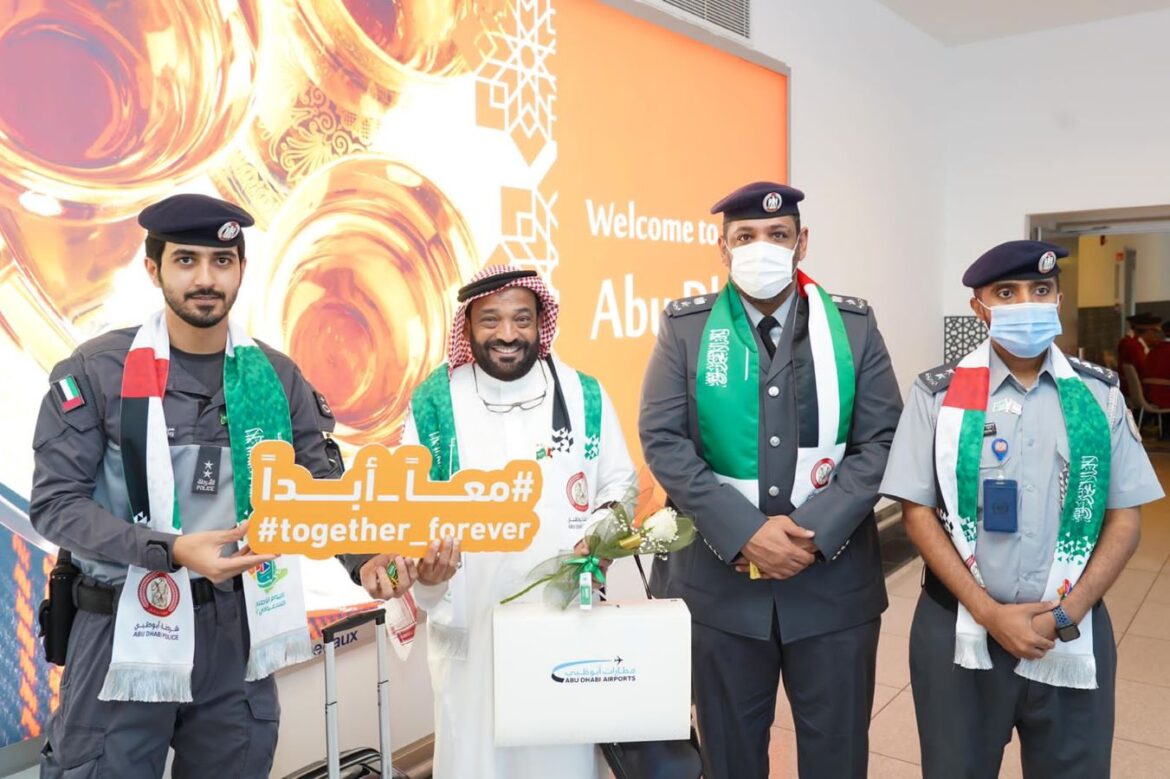 Abu Dhabi Police, in collaboration with the Federal Authority for Identity, Citizenship, Customs and Port Security, received the Saudi brothers upon their arrival at Abu Dhabi International Airport and the Ghuwaifat border port with flowers, sweets, symbolic gifts and scarves, to celebrate the 92nd National Day of the sister kingdom of Saudi Arabia, which falls on September 23 this year. Wishing continued honor and prosperity under the kingdom’s wise leadership.

Expressions of joy pervaded all affiliated companies and the various workers, expressing their wishes for the kingdom for continued progress and prosperity in the process of building, development and upliftment.

The participating parties offered hospitality to the Saudi brothers of dates and Emirati coffee and blessed their celebrations of this precious national jubilee as they came to the ports and wished the sister kingdom of Saudi Arabia continued progress, prosperity and prosperity.

The Department of Ceremonies and Public Relations, with the participation of the Directorate of Port Security, organized the reception. The Abu Dhabi Police Music Band performed patriotic songs and live performances at the Ghuwaifat port, and flowers and souvenirs were presented to welcome the visitors to the Kingdom.

The Saudi brothers expressed their deep appreciation to the Abu Dhabi Police for this initiative, which reflects the depth of brotherly relations and the shared historical ties between the two brotherly countries.