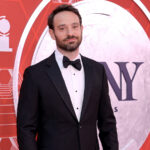 The festival, which is dedicated to films, comic books and video games, will run from March 3-5 at the Abu Dhabi National Exhibition Centre.

Cox, who will attend on March 5, is known for his roles as the masked vigilante in the shows “Daredevil” and “Defenders.” He also has a cameo appearance in “Spider-Man: No Way Home.”

The actor will be joined by other A-List stars including Nathalie Emmanuel, Giancarlo Esposito, Jon Bernthal, Michael Rooker, Kevin Conroy, and Ming-Na Wen.

The event will feature workshops, a theater experience, an Artists’ Alley and the ever-popular cosplay competition.