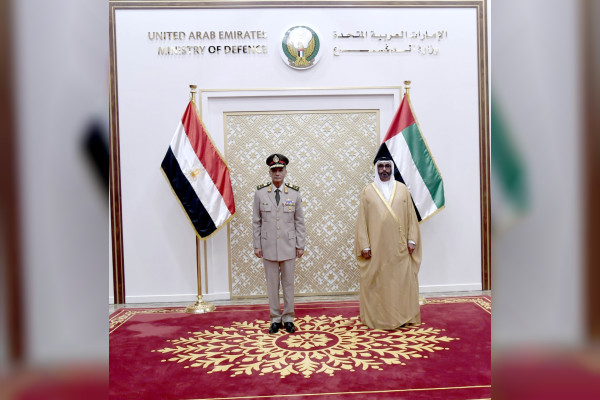 The ministers explored the prospects for boosting UAE-Egypt relations, as well as bolstering military coordination between their countries.

Al Bowardi said that UAE and Egypt relations are decades old and are an inspiring model of relationship which continues to grow to reach levels of a strategic partnership that contributes to enhancing security and stability regionally and globally.

They have a deep understanding of the importance of dealing with regional and global developments with aligned and integrated policies and stances that help promote Arab and regional security and maintain the sustainable development drives in their countries, he added.

The meeting was attended by Lt. General Hamad Mohammed Thani Al Rumaithi, Chief of Staff of the UAE Armed Forces, and Mattar Salem Ali Al Dhaheri, Under-Secretary of the Ministry of Defence.