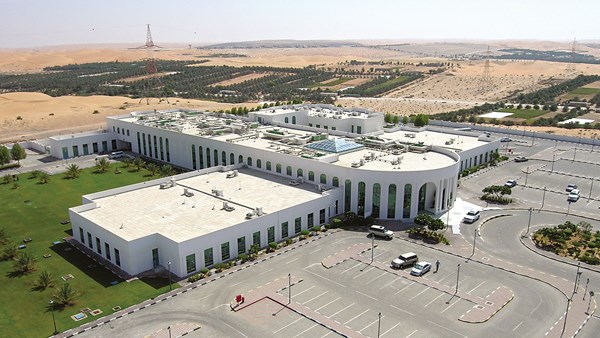 The department of Al Dhafra Hospitals, affiliated to Abu Dhabi Health Services Company (SEHA), launched the “Keep Well” initiative targeting residents of Liwa city and its affiliates as well as visitors to the area during August. The initiative includes the provision of 5 different clinics during that period at Liwa Hospital, including internal medicine, paediatrics, family medicine, dentistry and obstetrics and gynaecology, in addition to operating the dialysis unit at a faster pace. The Department of Al Dhafra Hospitals has set the working hours of the clinics, where the internal clinics and the family medicine clinic work from Monday to Friday every week from eight in the morning to five in the evening, and the clinics are closed on the weekend of Saturday and Sunday, while the dental clinic works Monday and Wednesday Every week from eight in the morning to five in the evening, and the obstetrics and gynecology clinic works on Tuesday and Thursday from eight in the morning to five in the evening.
Hamad Khamis Al Mansouri, Managing Director of Al Dhafra Hospitals Department, explained that the city of Liwa and its subsidiaries is characterized by a large number of palm plantations, which is why it witnesses a large turnout of citizens during the summer period, who are eager to spend that period among the farms and stay in the records and the summer when the wet harvest season, This makes the city witness a high turnout of residents and visitors during that period, compared to the rest of the year. Al-Mansoori pointed out that this large turnout prompted the management of Al Dhafra Hospitals to launch the “Keep Well” initiative, which will last for two months, with the aim of providing the necessary treatment services that people need and make it easier for them to receive treatment at Liwa Hospital, where the most important specialties that people need were investigated. It included 5 different specialties that were carefully and carefully identified and therefore a schedule was set to ensure the operation of these clinics in a way. that meet the needs of the population.