Copyright 2021 - All Right Reserved
Home News Al Hayer Theme Park.. the beauty of nature in the heart of the desert
News

Al Hayer Theme Park.. the beauty of nature in the heart of the desert 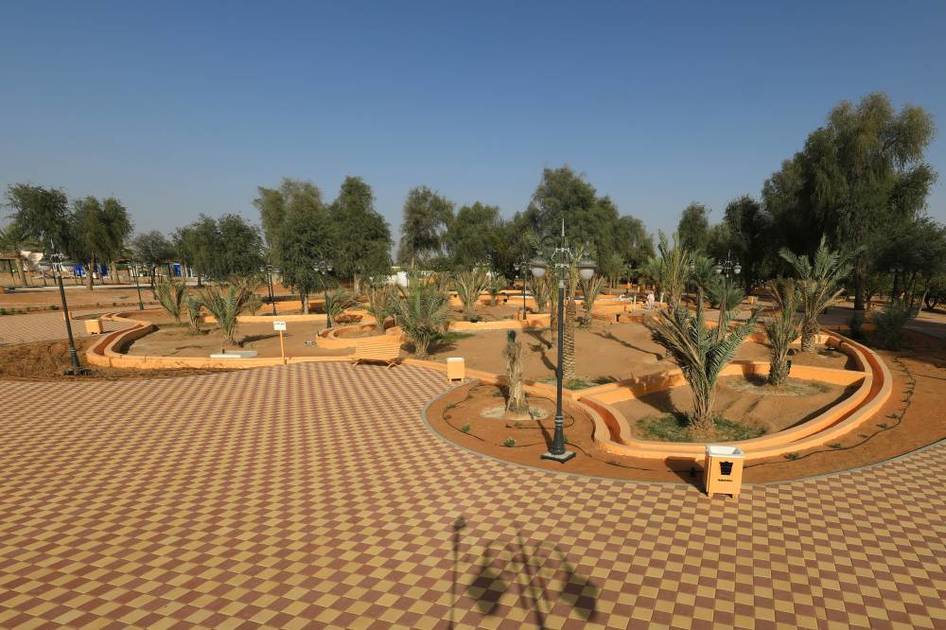 Al-Ain: Mona Al-Badawi
A place with the beauty of nature, combined with its water and plant components, golden sand and some types of birds, in addition to the services that the visitor needs for Al-Hayer Theme Park, which covers an area of ​​350,000 square meters, to lean up the road between the city of Al Ain and the Emirate of Dubai towards the city of Al Ain, at a distance of about 50 km from the center of Al Ain.

Al-Hayer Theme Park, “free”, attracts visitors, tourists, sports and photography enthusiasts and is a successful example of preserving the environment, protecting animals and wildlife, expanding the green area of ​​the desert and establishing nature reserves in desert areas.

Despite the high temperatures in summer, the presence of the park in an open desert environment surrounded by trees, and in the middle of it a water lake of 3,000 square meters, helped to create a pleasant atmosphere, especially after the afternoon, making the park a favorite destination for visitors all year round.

The municipality of Al Ain city has integrated many natural and unnatural elements to be a tourist area, where the elements of the tourist sites are formed from the beauty of the natural local environment, while maintaining the emphasis on the cultural heritage aspect, which increased its splendor and distinction as the park is decorated with local trees planted in it, which number more than 5,000 A local plant, including rue, basil, ashraj, sabbar, ghaf and palm of Mary. One of the things that was taken into consideration is the placement of signs showing the names of local plants to inform the community about their names and their importance in preserving the environment.

With regard to the lake, which is one of the most prominent attractions of the park, due to its presence in the heart of the desert and the appearance of a fountain from which the water rises up to a distance of about 10 meters, and its provision of ducks and geese, in addition to the presence of a number of birds that pass from the area.

The lake is connected by a waterfall on its right side connected to it by a waterway and provided with rocks that define its course and give it an aesthetic touch. It is also topped by a wooden bridge so visitors can walk on it and move from one bank to another, see the scenery and hear the sound of trickling water.

The park attracts visitors who want to walk in nature, as the lake is surrounded by a walkway of 870 meters long, spread by Pasco, in addition to the possibility of walking on the golden sand that spreads some parts of the place and other various hobbies and sports.

The periodic maintenance carried out by Al Ain Municipality at the park, which opened in 2019, has helped to maintain its attractiveness and beauty by adding renewable facilities, rehabilitating the lake, maintaining irrigation and lighting networks and tending crops, including others, with the aim of developing and applying it positively on the tourist map of Al Ain.

Al Ain City Municipality, in the park located north of Al Ain city, provided a number of services that the visitor needs from places designated for families, including cultural heritage sessions that reflect the nature of the area Around the lake, barbecue ovens were placed in a area designated for the park, an area for children’s play and another for sports, a prayer area for men and another for women, and toilets.