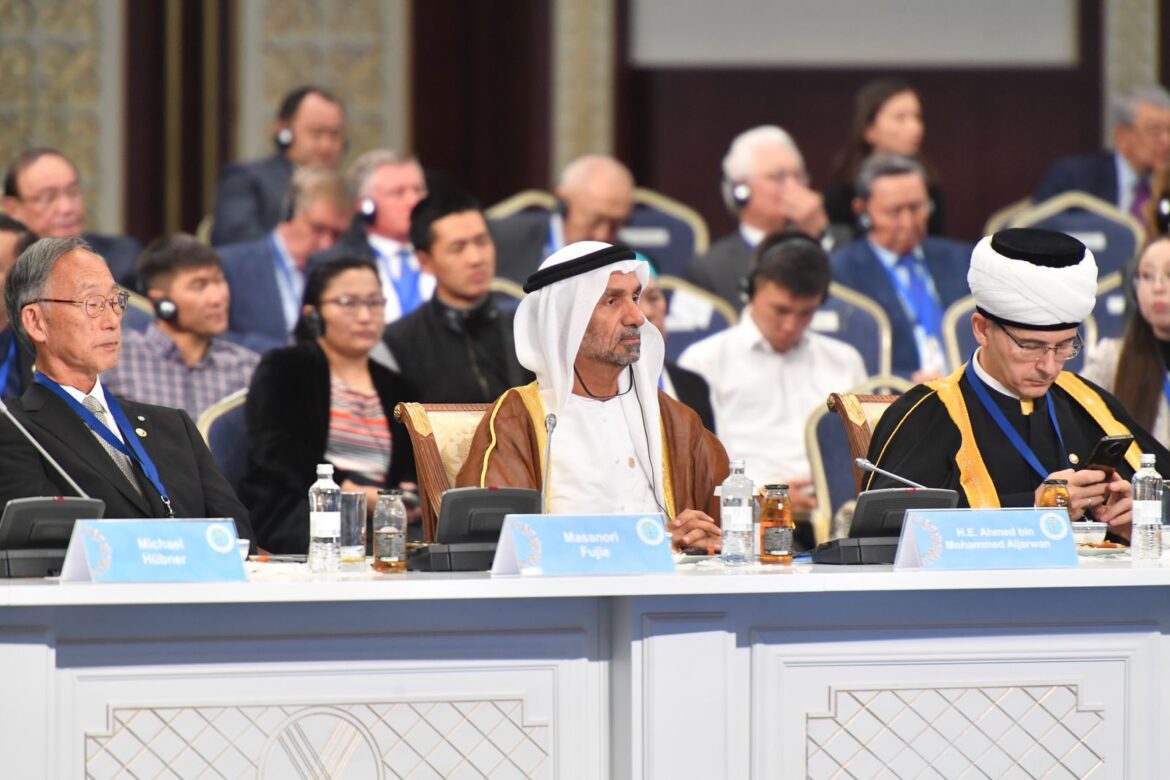 “The role entrusted to religious leaders in the development of our societies has its own peculiar nature and characteristics that make it the most influential in human behavior,” Al Jarwan said while addressing the Congress, which was held in the presence of the President of the Republic of Kazakhstan Kassym-Jomart Tokayev, the Grand Imam of Al Azhar and Chairman of the Muslim Council of Elders, Dr Ahmed Mohamed Ahmed El-Tayeb, and Pope Francis, Pontiff of the Catholic Church along with a number of world and religious leaders from around the world.

Al Jarwan said the terror organisations threatening “our societies are like malignant tumors that attack the human body”.

The only way to counter extremist ideologies, he continued, is to make more efforts to promote the values of tolerance and moderation, and instill them among the youngsters and generations to come.