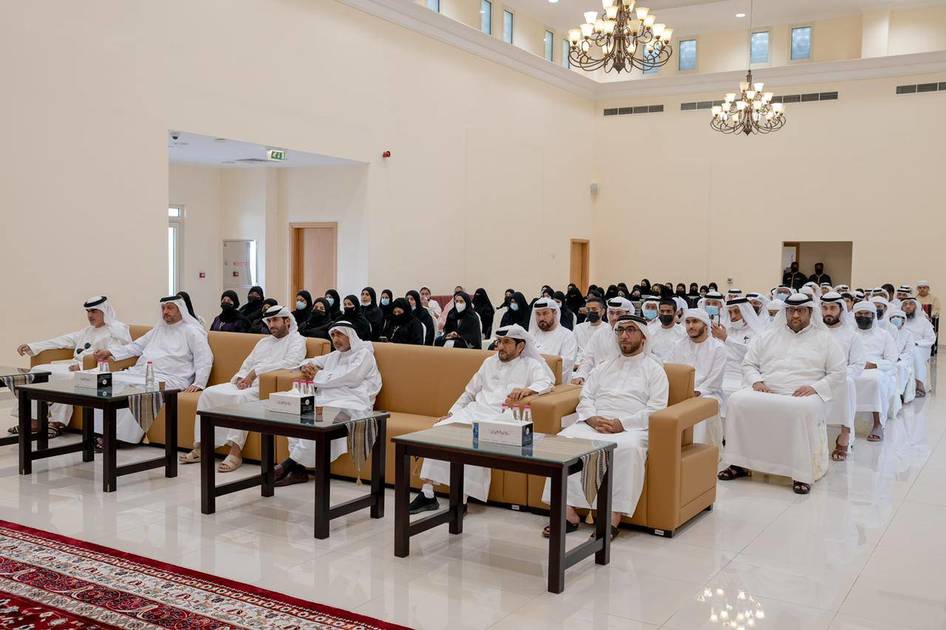 Al-Rahmaniya Suburb Council launched the Excellence Shield initiative as part of its programs aimed at communicating with parents and honoring their outstanding children.

The ceremony was attended by Sheikh Majid bin Sultan Al Qasimi, Member of the Executive Council of the Emirate of Sharjah and Head of the Department of Suburbs and Villages, Ahmed Abdullah Al Matroushi, Chairman of the Rahmaniyah Suburban Council, council members, parents, outstanding students and a group of invitees.

The ceremony, which was presented by the journalist Hassan Al-Balgouni, a member of the Rahmaniyah Suburb Council, began with the recitation of fragrant verses by the student Omar Haitham Jassim, after which Ahmed Al-Matrooshi gave a speech in which he emphasized the importance of the initiative to to honor high school students from the suburb’s sons and daughters, noting that 48 male and female high school students. Suburban-level general of the year competed for the Shield of Excellence title.

Afterwards, the candidate, Khalifa Khaled Al Shamsi, gave a speech on behalf of the honorees, in which he and his colleagues expressed their thanks to the department.

UAE offers condolences to Libya over victims of Ezwaiya accident