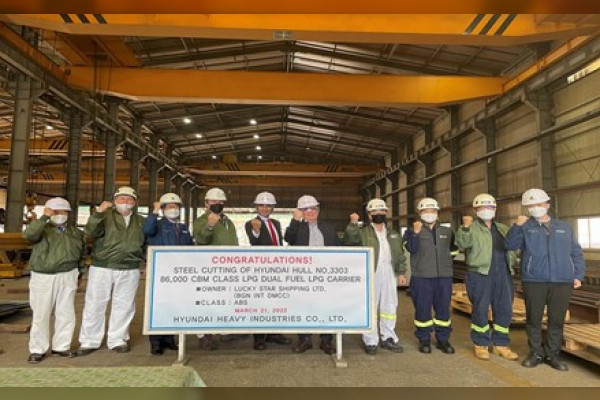 This marks the first steel cutting for Lucky Gas, which is expected to be completed and delivered by March 2023. The second VLGC, named North Gas, is expected to commence steel cutting in May 2022 and be completed and delivered by June 2023. Both ships are sized at 86,000 cubic metres capacity. Each ship’s propulsion machinery will be LPG fueled, making them environmentally friendly with fewer emissions.

Guy Neivens, CEO of Al Seer Marine, said, “This is an exciting moment for Al Seer Marine and our partners, BGN International, as it demonstrates our commitment to global decarbonisation initiatives in our pursuit to becoming a modern, world-leading commercial shipping company. In a tight energy market, the accelerating rise in demand for oil products and gas has resulted in exploring fleet expansion initiatives to access broader opportunities within commercial shipping strategically.”

The company aims to increase its fleet up to 20 ships and is analysing expansion initiatives in product tankers, gas tankers, and dry bulk shipping sectors, with short-term plans of acquiring 10 to 15 ships in 2022.