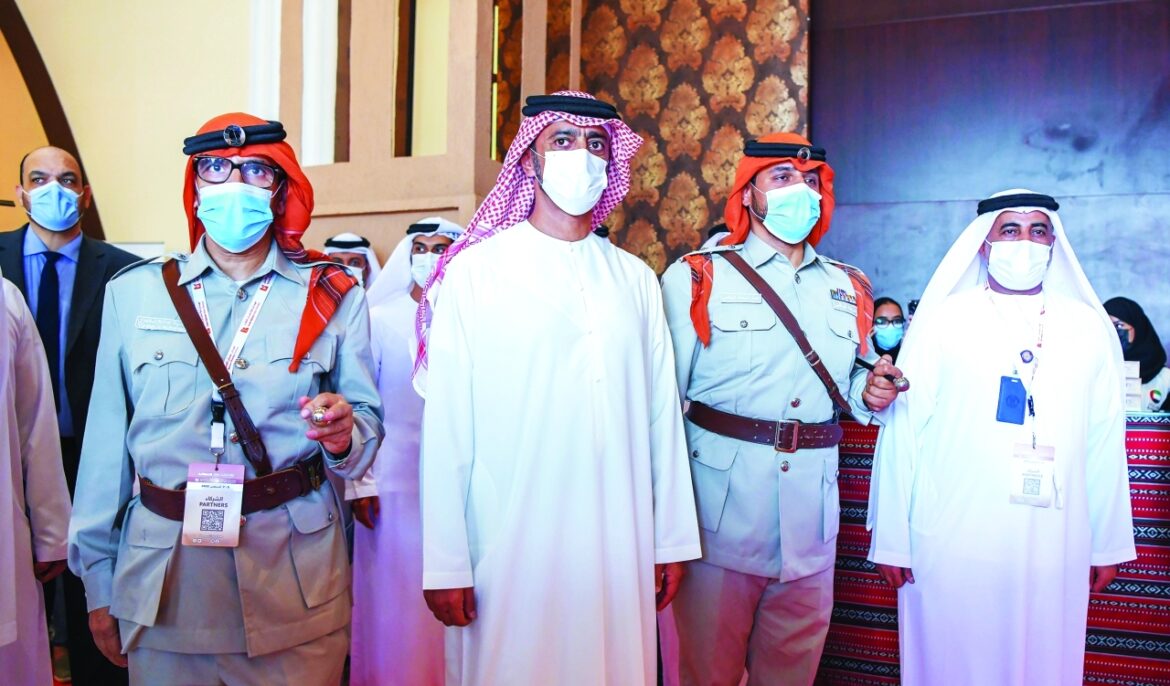 His Highness Sheikh Ammar bin Humaid Al Nuaimi, Crown Prince of Ajman, praised the distinguished participation of the Abu Dhabi General Command, the silver sponsor of the Liwa Ajman Dates and Honey Festival, and its interest in preserving the history of the police. This happened while His Highness received a number of valuable publications and a copy of the first issue of Politibladet.

Members of the Police Legacy Department gave an explanation to His Highness about the first Porsche sports car used by the police during their duties in 1979 and it is one of a group of classic cars belonging to the Abu Dhabi Police.

Brigadier General Saif Al Shamsi, Director of Protocol and Public Relations, emphasized that Abu Dhabi Police’s participation in the festival reflects its efforts in activities and events that consolidate the national identity and introduce the public to its services within its interest in keeping pace with developments and to anticipate the future to make customers happy.

During the participation, the Police Legacy Department showed photos of the late Sheikh Zayed bin Sultan Al Nahyan, may his soul rest in peace, embodying the beginning of the creation of the Union and a group of photos, publications and magazines with the first issues, as well as a number of old police patrols that tell important stages in the history of the Abu Dhabi police and the uniform The old cop.