Copyright 2021 - All Right Reserved
Home News Behind the Bar: the Hilton Riyadh Hotel and Residences’ Mocktail Expert at Work
News

Behind the Bar: the Hilton Riyadh Hotel and Residences’ Mocktail Expert at Work 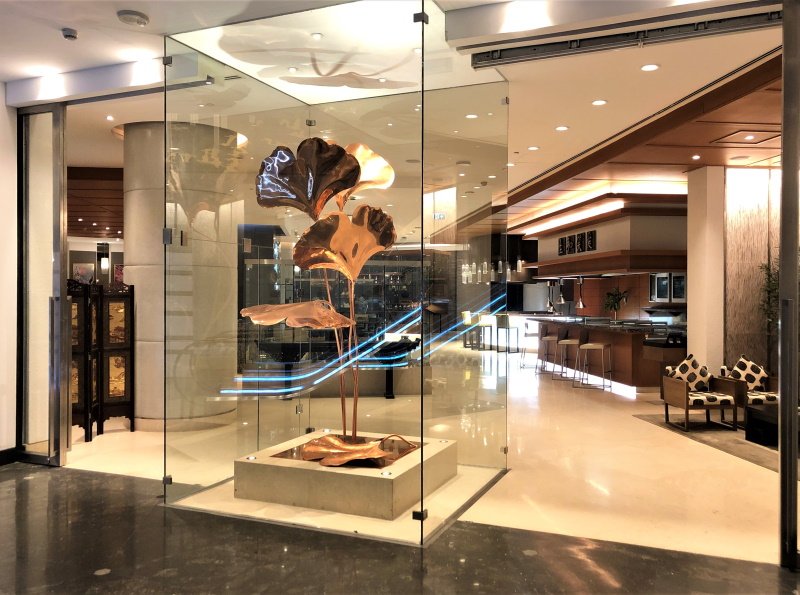 At the Hilton Riyadh Hotel and Residences’ Lotus Asian Restaurant, a Chinese-Japanese fusion

venue and undisputed local foodie favorite, Bar Captain Sanjay Ranjit has made a name for

himself as a master mocktail mixologist.

Ranjit, age 41, has tended bar for over 12 years. From his early beginnings as a waiter at the

Residences internal F&B Master competition in 2019, his reputation as both barista and

bartender is well-deserved. His skill, inventiveness, enthusiasm, and natural charm have helped

further cement the Lotus as a Hilton Riyadh highlight. In fact, the restaurant owes about 40

percent of its beverage sales to his singular mocktail creations.

With all this in mind, it’s no wonder he’s made Caterer Middle East’s coveted Bartenders Power

List, a milestone for both him and the restaurant in one of the Kingdom’s most competitive F&B

industries. What’s even more impressive is that Ranjit, who started out in accounting, first

herbology practices, which he has since built upon and adapted to great success.

“It’s amazing, the things you can learn on your own,” Ranjit says, smiling as he whips up one of

his signature drinks, Life is Sweet 0%, with a casual confidence he’s cultivated across many

“First I made drinks for myself, then for friends and family. I still remember the moment I thought

to myself: Why not? Why not go all in and truly make this a way of life? A few years and several

bartending programs later, I found myself serving hundreds of customers a day!”

The drink, with its earthy hibiscus brew, fresh pomegranate juice, and hint of rose water and

lime, can naturally be enjoyed both on its own or as part of a three-course fine dining

experience. A careful study of their ever-changing menu, Ranjit says, has helped him anchor his

creative process and hone in on mixes that have the best chance of resonating with diners.

customers. While Ranjit and his team have already put together a stellar drink menu to suit even

the most discerning pallets, he never shies away from an opportunity to put together a custom

concoction on the spot.

flavors, and potential dish pairings. It’s a careful back and forth that Ranjit has mastered over

the years, and the results never fail to impress.

This attention to minute detail is part of what keeps so many diners coming back for more, a

winning formula that has made this Bar Captain one of the MENA’s rising mixology stars. Ranjit

says that showing up is half the battle won, that it’s a bartender’s consistent presence behind

the counter that turns people into regulars. That, and the constant pursuit of ever-better drinks

that he would just as readily serve to diners as he would to friends, family, and himself.