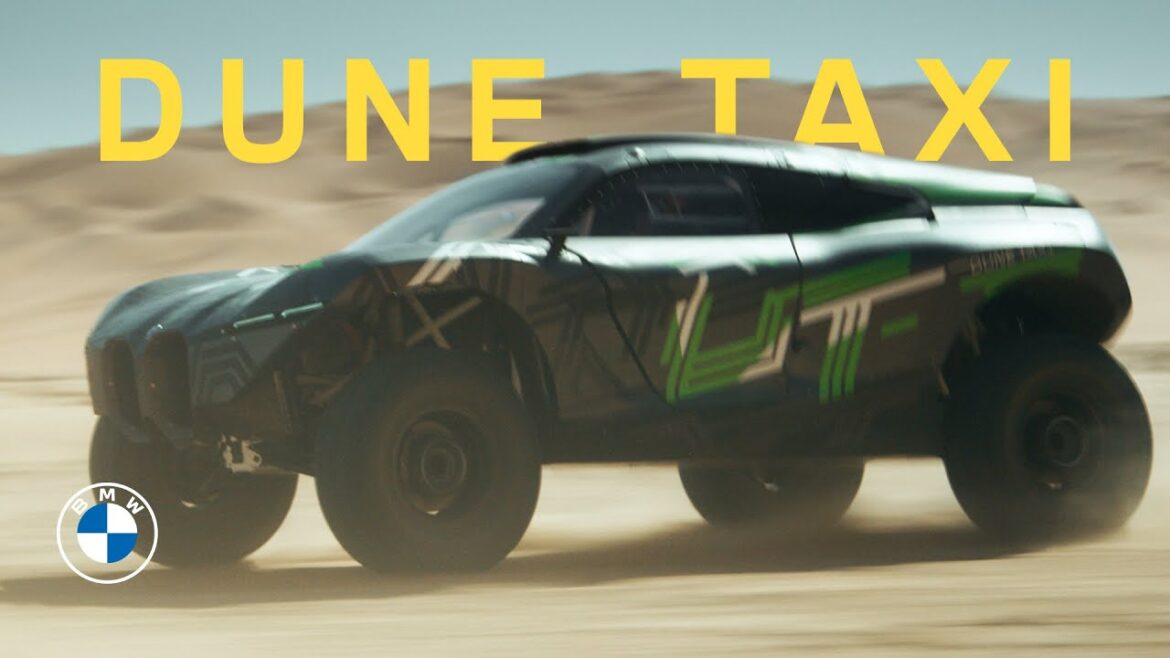 In a new video called “Dune Taxi,” BMW shows off the capabilities of its off-road motorsport projects, and honors the unique car culture of the Middle East. The film is centered around actress Madelyn Cline getting a ride from and acting as a co-driver to rally driver Abdo Feghali, and their destination is the Tal Moreeb dune in Liwa, Abu Dhabi, a dune with a height and slope that many see as impossible to scale. Their vehicle, the “Dune Taxi” electric prototype, is a new cutting-edge all-electric rally car with over 536 horsepower and 737 lb/ft of torque. The body shell is made of NFRP, or natural fiber reinforced polymer, and over 15 inches of wheel travel allows the car to be incredibly agile on desert terrain.

The pair are then joined by the Red Bull Driftbrothers each in a BMW X6 M Competition, an SUV boasting 617 horsepower and M xDrive with Active M Differential, an all-wheel drive system tailored for off-road motorsport. Also joining the fun is the new BMW iX M60, the newest electric performance SUV from BMW that for the first time combines all three of BMW’s important letters: i, X, and M. It boasts 811 lb/ft of torque and rockets to a top speed of 155 mph. The final stunt is one that is well-known in the Middle East, and it involves getting the car on two wheels and driving down the road with the car nearly sideways. As the Dune Taxi passes by a line of BMW X5 SUVs on two wheels, it approaches the dune and clears it with ease despite its 130% slope. Ending the video is the Concept XM SUV, unveiled late last year. The production version of the XM is going to be unveiled soon on September 27, and it will continue to bring BMW’s performance prowess off the beaten path.