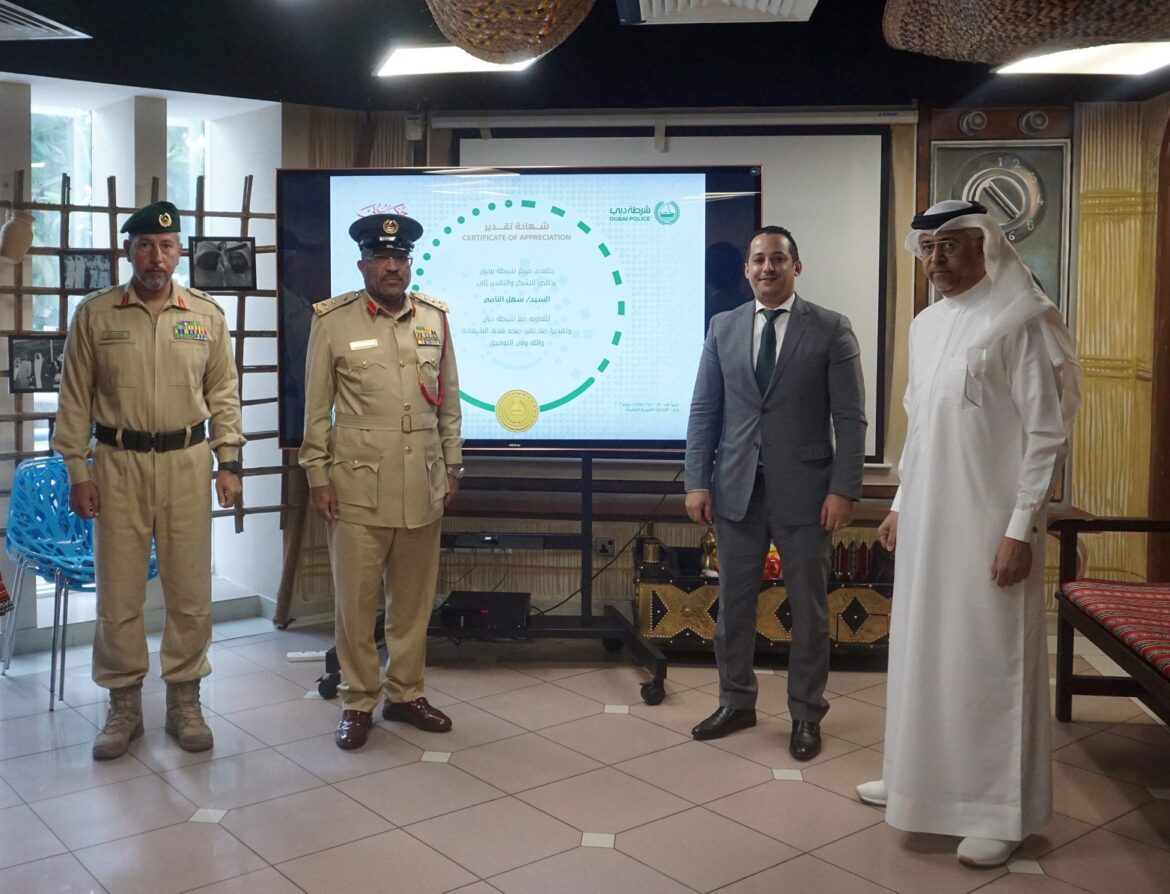 The director of Bur Dubai Police Station, Brigadier General Abdullah Khadem Suroor Al-Ma’sam, in the presence of his deputy, Colonel Rashid Muhammad Saleh Al-Shehhi, and Abdullah Ibrahim Abdullah, head of the customer happiness department at the center, honored Mr. Sahel Al-Nami, for handing over to the police an amount of 31,000 dirhams found in the jurisdictional area of ​​the center and handing it over to the police.

Brigadier Abdullah Khadem praised the honesty of Mr. Sahel Al Nami, who embodies the noble values ​​that we are proud of in the UAE society, stressing that this honor comes within the framework of the Center’s leadership interest in motivating the public, which contributes to achieving the strategic objectives of the Dubai Police General Command.

Brigadier General Al-Maasim presented a certificate of thanks and appreciation to Mr. Sahel Al-Nami for his honesty and acumen, stressing that this honor comes within the framework of activating the role of community partnership between the Dubai Police and the public and spreading good. qualities and cooperative spirit, and working hand in hand to spread safety and security throughout the country, commending the great role played by members of the community and their effective contribution to upgrade the reputation of the state through their fruitful collaboration with the security services.