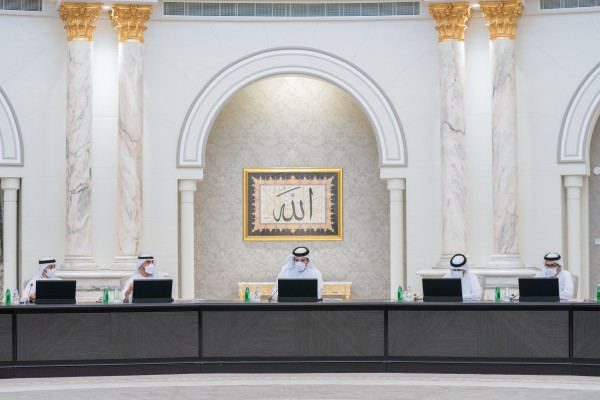 The SEC discussed a number of governmental issues on its agenda, and reviewed the progress of work in many sectors and development projects in various cities and regions of the Emirate.

They also reviewed listing the Heart of Sharjah (HoS) and Sharjah Fort in the Gateway to the Trucial States within the final list of ISESCO as a material cultural heritage that characterises the Emirate.

The listing report also included the proposed stages and procedures for preparing the nomination for “Sharjah: Gateway to the Trucial States” and the main pillars that will focus on to demonstrate the cultural, heritage and scientific value in accordance with World Heritage standards, safety and authenticity, protection and site management.

The SEC reviewed the report of the efforts of government entities during dealing with the weather conditions and its effects during the past week and its various side effects in the cities of the Emirate on the eastern coast. The report included future plans to complete the readiness to deal with various natural conditions and speed of response.

The Council commended the efforts of all parties and work teams that contributed to dealing with the weather conditions and preserving lives and property, and the social awareness that was reflected through the participation of community members in cooperation to help and volunteer in all tasks.

The report included the graphic indicators of the general budget and tables comparing revenues and expenditures for the first quarter of 2022 for government entities and independent bodies in the Emirate. The report also included actual spending ratios for each of the sectors of social development, government administration, infrastructure and economic development.

The SEC discussed the ‘Building Identity’ project, which will contribute to giving a self-identity to each building by pre-determining the health environment services that must be available in the building, in addition to collecting detailed information about the building and its occupants and linking it to an electronic system to create a comprehensive database of services, permits, licences and other data related to the building.

The SEC directed the preparation of a detailed study on the project, including the observations of the members of the SEC, and coordinating with all concerned parties.