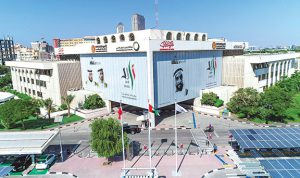 Dubai Electricity and Water Authority (Dewa) has commissioned 287 11kV substations in Dubai in the first half of 2022. This is part of its efforts to provide a state-of-the-art infrastructure according to the highest international standards.
These stations are primarily in Al Merkad, Jabal Ali First, Saih Shuaib 2, Al Jadaf, and Burj Khalifa areas.
Building these substations included 177,875 working hours according to the highest quality, efficiency, and safety standard, while following all precautionary measures.
“At Dewa, we work to achieve the vision and directives of His Highness Sheikh Mohammed bin Rashid Al Maktoum, Vice President and Prime Minister of the UAE and Ruler of Dubai, to provide an advanced infrastructure according to the highest international standards. This meets the growing demand for electricity and water in the emirate and sustainable development needs in Dubai. Dewa adopts the latest smart tools and technologies to raise the capacity and efficiency of power generation plants and transmission and distribution networks,” said Saeed Mohammed Al Tayer, MD and CEO of Dewa.

Over the past decade, Dewa has reduced the Customer Minutes Lost (CML) in Dubai from 6.88 minutes per year in 2012 to just 1.43 minutes in 2021, which is the lowest rate worldwide,” said Saeed Mohammed Al Tayer, MD and CEO of Dewa.
Rashid Bin Humaidan, Executive Vice President of Distribution Power at Dewa, said there are now 78 33kV substations in service, and 42,093 Medium Voltage (11kV or 6.6kV) substations.

Dewa commissions 287 11kV substations in first half of ’22

“Wake up in Fujairah” .. entertainment, sports and art