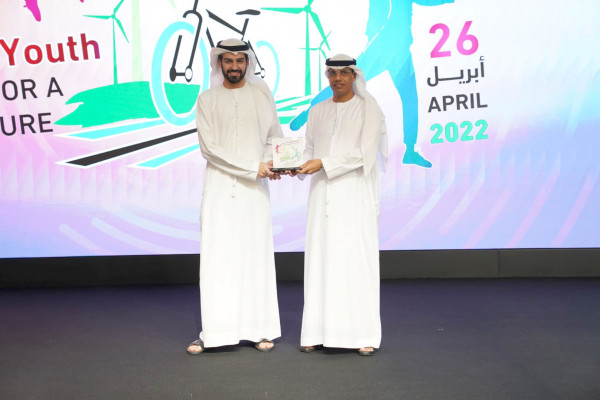 DUBAI, 26th April, 2022 (WAM) — Dubai Customs organised its annual IP celebration on the occasion of the World Intellectual Property Day 2022 under the theme IP and Youth Innovating for a Better Future’ at the Museum of the Future.

In his opening speech, Musabih said, “The UAE joined the World Intellectual Property Organisation (WIPO) in 1975. The country has made great progress in supporting the trade and investment environment by helping trademark owners tackle and prevent counterfeit goods, following the directives of our wise leadership to support international trade and investment to consolidate the country’s position as a major global center for traders and major international companies.”

He added, “The UAE’s unparalleled success in hosting Expo 2020 Dubai, which received 24 million visitors, is a stepping-stone for the UAE to compete for global leadership in international trade and investment, inspired by ambitious plans including the fifty projects that define new paths for economic growth during the next fifty years. Dubai Customs shoulders the country’s efforts and plans to empower young people and help them be an active part of economic achievements.”

Last year, Dubai Customs organised 11 IPR awareness activities for schools and universities, and 8 for the community. The government organisation also organised 10 awareness workshops in cooperation with trademark owners to help inspectors identify counterfeit and genuine goods. In total, there were 29 initiatives that benefited 2,400 participants from different segments.

Musabih concluded, “The Department solved 390 IP disputes, with an estimated value of AED15 million in 2021. Around 2.1 million counterfeit items for 221 brands were recycled.”

In the first quarter of 2022, Dubai Customs solved 85 IP disputes, with an estimated value of AED 24 million, and around 254,000 counterfeit items for 27 brands were recycled.

Yousef Ozair Mubarak, Director of IPR Department delivered The World Intellectual Property Organization (WIPO)’s statement, which highlighted the role of intellectual property in nourishing creativity and innovation. WIPO’s statement focused on the great potential the youth has, which, if supported and encouraged, can play a vital role in the advancement of the planet.

The statement went on to say, “To mark youth-led innovation and creativity, the theme for World IP Day 2022 is ‘IP and Youth: Innovating for a Better Future.’ Young people are gearing up to tackle new innovation challenges and using their energy, ingenuity, curiosity and creativity to lead the world towards a better and more sustainable future. The World IP Day 2022 is an opportunity for the young people to discover how intellectual property can support their dreams and objectives and help them materialize their ideas.”

In his statement, Saeed Al Nazari, Director-General of the Federal Youth Authority highlighted the role of young people in creation and innovation, and how protecting intellectual property rights can help them think freely and come up with disruptive innovations.