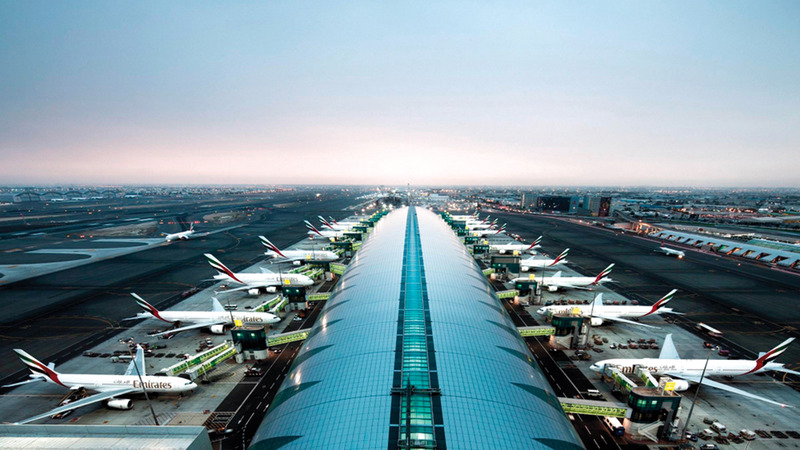 According to data obtained by “Emirates Today”, a copy of which, Dubai International Airport has continued to register strong growth rates in recent months in light of the increase in the number of flights and their resumption to more international destinations.

The data showed that “Dubai International” retained its first position with a difference of more than half a million seats compared to “London Heathrow” airport, which recorded more than 3.3 million seats, and then “Amsterdam” airport with about 3, 1 million seats. .

According to the data published by the Corporation, Dubai International Airport continued its strong performance to be ranked second globally in total flight seat capacity (international and domestic) combined behind Hartsfield Atlanta Airport which came first.

Dubai International Airport received around 27.9 million passengers during the first half of this year, registering a record increase of 161.9% compared to the same period last year, surpassing the total number of passengers recorded in 2021 by around 1.2 million passengers, supported by the strong performance achieved by the airport in the second quarter of 2022, despite the airport’s reduced capacity during the renovation of the northern runway, which lasted 45 days in May and June 2022.

According to Dubai Airports, these strong results indicate that 67.5% of passenger traffic rates were achieved through Dubai International during the same period in 2019 before the Corona pandemic. Maintaining its exceptional performance, the airport achieved quarterly growth for the ninth consecutive time since the start of the pandemic, as the airport received 14.2 million passengers during the second quarter of this year, achieving an annual increase of 190.6%.