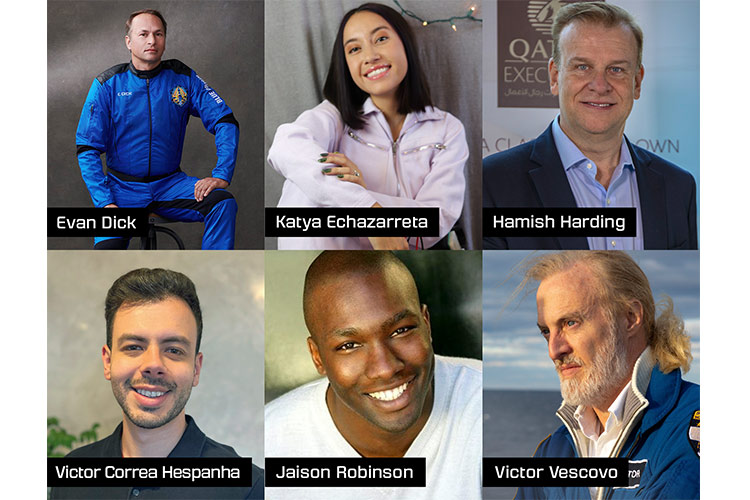 A Dubai resident Hamish Harding will fly into space on Blue Origin’s mission on May 20, the Blue Origin officials have announced.

Blue Origin said that its fifth human flight, NS-21, will lift off with six customer astronauts, including first Mexican-born woman to visit space.

According to the details released by Blue Origin, the Dubai resident, Hamish is Chairman of Action Aviation, a business jet brokerage company he founded in 2004, and also a business jet pilot.

Hamish is not new to such feats, in 2019, he and former International Space Station Commander Col. Terry Virts broke the round-the-world record in a Gulfstream G650ER for any aircraft flying over the North and South poles.

Hamish has travelled to the South Pole twice, and in 2021 dived the Challenger Deep with Victor Vescovo to a depth of 36,000 ft in a two-person sub.

Katya was born in Guadalajara, Mexico.

Blue Origin was founded by Jeff Bezos with the vision of enabling a future where millions of people are living and working in space for the benefit of Earth.

In order to preserve Earth, Blue Origin believes that humanity will need to expand, explore, find new energy and material resources, and move industries that stress Earth into space.

Blue Origin is working on this today by developing partially and fully reusable launch vehicles that are safe, low cost, and serve the needs of all civil, commercial, and defense customers.