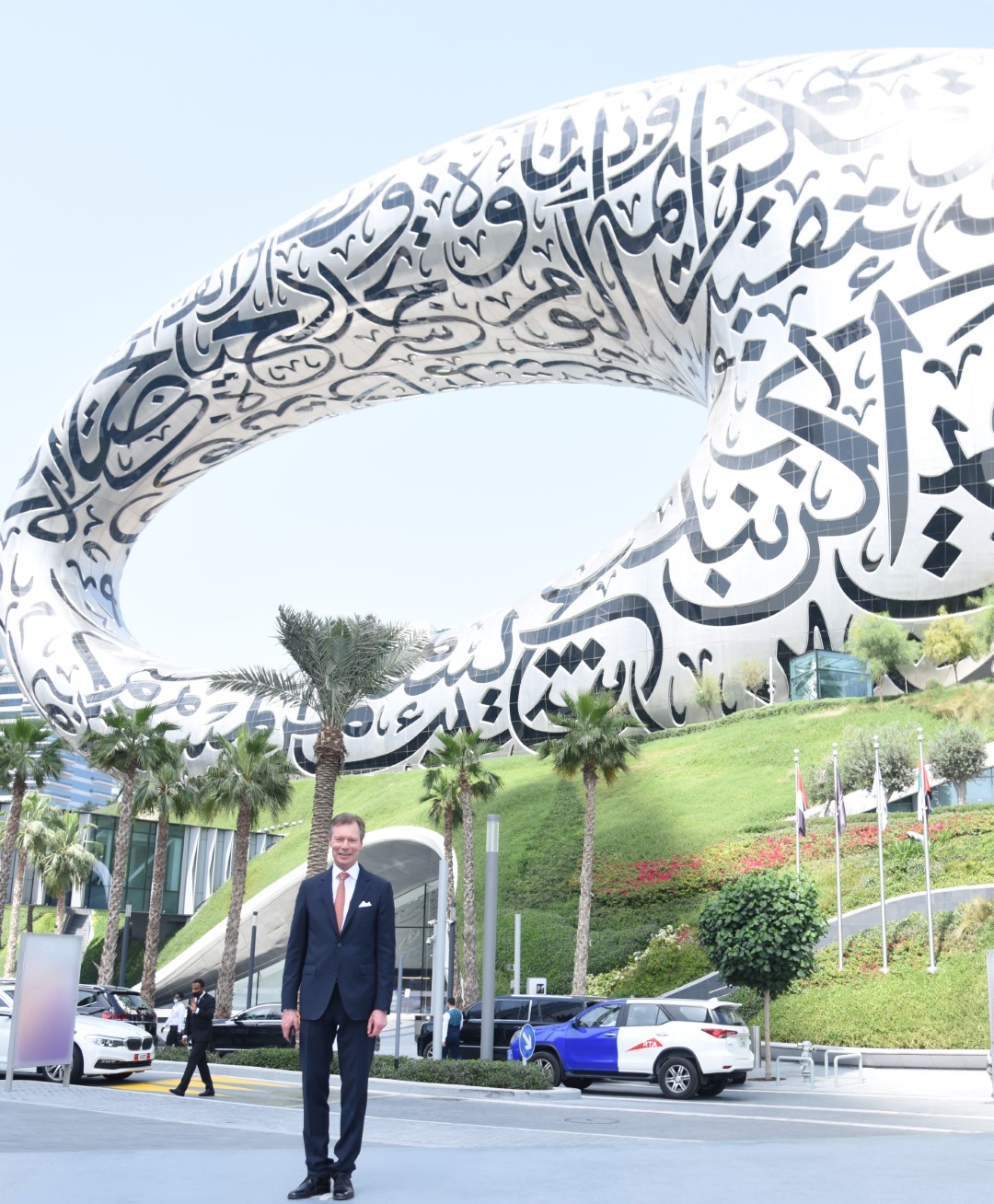 DUBAI, 22nd March, 2022 (WAM) — His Royal Highness Grand Duke Henri of Luxembourg, today visited the Museum of the Future in Dubai, accompanied by a delegation of senior government officials led by Robert Michel Lauer, Ambassador of the Grand Duchy of Luxembourg to the UAE.

The 77-metre-high Museum of the Future has been a draw for leading politicians, dignitaries and international personalities since His Highness Sheikh Mohammed bin Rashid Al Maktoum, Vice President, Prime Minister and Ruler of Dubai, officially opened the landmark in February.

The Grand Duke was briefed on the Museum’s role, which reflects the vision of His Highness Sheikh Mohammed bin Rashid Al Maktoum, to create a platform for futurists and provide specialised labs for the fields of health, education, smart cities, energy, transportation, and the future economy.

His Royal Highness and the accompanying delegation toured the experiences of the Museum, which represents a permanent exhibition showcasing different aspects of the future of humanity and the most important technologies anticipated over the coming decades.

The Museum is also positioned as a new global think tank, collaborating with a group of international partners and specialised research institutions to study current and future challenges in depth with the aim of enabling and designing new and innovative solutions.

The delegation was briefed on the global role of the Museum of the Future, which will contribute to creating a global intellectual movement around exploring and foreseeing future changes in scientific, economic, social, and humanitarian fields.

The Museum of the Future provides an opportunity to experience the future and is an incubating environment for innovative minds and talents. It offers an exceptional journey in which exciting future experiences can be lived and breathed and where technology with the potential to create a better future for humanity is showcased.