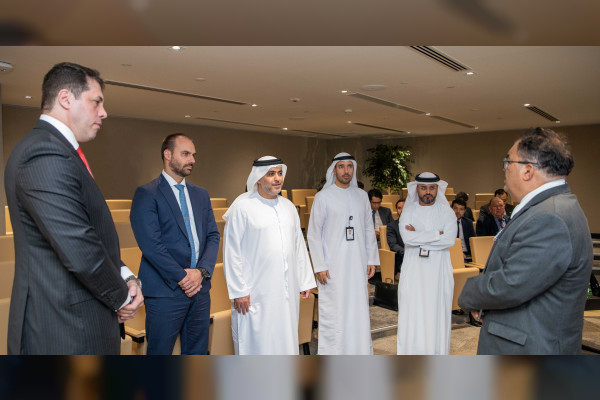 ABU DHABI, 26th May, 2022 (WAM) — EDGE Group on Wednesday welcomed a high level diplomatic, military, and commercial delegation from Brazil at its headquarters in Abu Dhabi. The meeting underscores the importance both countries place on their strong business and cultural ties, and their ongoing collaboration in the areas defence, trade, and technology.

Speaking at the joint cooperation committee meeting, Al Bannai said, “We are delighted to welcome such a high-ranking and commercially important Brazilian visit to EDGE today. Not only does it reinforce the importance and fondness with which both our countries view each other as partners, it also underscores the need to keep exploring new opportunities for future collaboration of mutual benefit, and for the pursuit of greater global security.

“Brazil is an important strategic market for EDGE, with advanced and highly developed indigenous industries. There is huge potential for us to work together in further knowledge sharing, intelligence exchange, R&D cooperation, and the co-development of defence and advanced technology systems, as recently demonstrated by Embraer’s partnership with EDGE entity HALCON for the development of weapon systems for Embraer’s A-29 Super Tucano aircraft. We aim to create a more fertile environment for more relationships with leading Brazilian companies to flourish, and to expand the reach and use of EDGE’s products, services, and solutions in Brazil and globally.”

Attending delegates pledged to continue working closely and to achieve mutually agreed objectives for all parties in the military and advanced technology domains.