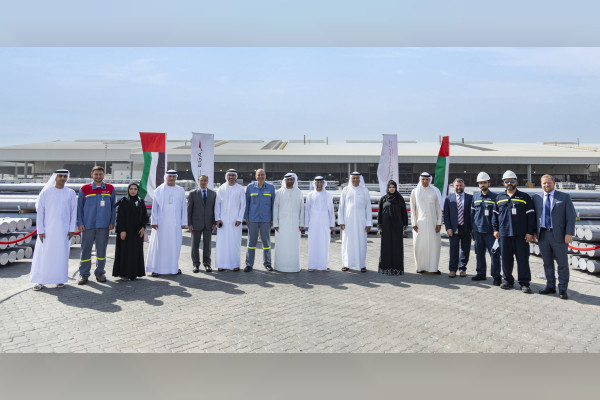 The UAE is well-positioned to be an industry leader in the emerging hydrogen economy. Hydrogen has the potential to replace natural gas as a vector for thermal energy, such as in EGA’s Casthouse furnaces and steam boilers, as well as for turbines.

As a member of the Hydrogen Leadership Initiative, EGA will be able to explore with others the technical and economic potential of hydrogen within the processes of aluminium production and EGA’s local supply chain.

By joining the Hydrogen Leadership Initiative, EGA will also join the Abu Dhabi Hydrogen Alliance and the National Hydrogen Technical Committee, both of which were created by the Ministry of Energy and Infrastructure in 2020 to assess the role of hydrogen within the energy transition and explore potential export opportunities.

The initiative will achieve the country’s ambition set out the Leadership Hydrogen Roadmap to be a global leader in low carbon hydrogen. More than seven projects are already underway, targeting a 25 percent market share in key export markets, including Japan, South Korea, Germany, and India, along with additional high-potential markets across Europe and East Asia.

Al Mazrouei said, “The UAE continues its efforts to take decisive steps to advance the clean energy sector, particularly in hydrogen. The UAE is committed to strengthening the country’s position as a global centre for a sustainable, green economy, in line with the vision of President His Highness Sheikh Mohamed bin Zayed Al Nahyan and his brother, His Highness Sheikh Mohammed bin Rashid Al Maktoum, Vice President, Prime Minister and Ruler of Dubai, Members of the Supreme Council the Rulers of the Emirates, and the ‘Projects of the 50’, leading to the ‘UAE Centennial 2071’ vision.

He added, “The agreement for EGA to join the Hydrogen Leadership Initiative, which was launched by the UAE and the Ministry of Energy and Infrastructure during COP26 in Glasgow, will create a new model for constructive cooperation to strengthen the position of hydrogen as a key enabler in the decarbonisation of carbon-intensive industries. The UAE sees hydrogen as a promising fuel for the future to achieve carbon neutrality and the UAE Net Zero by 2050 Strategic Initiative. Such partnerships will help accelerate the transition to clean and renewable energy.”

“This cooperation cements the UAE’s position as one of the countries with the greatest support for clean energy in the world, as well as its leadership in hydrogen. This cooperation increases the contribution of the Ministry of Energy and Infrastructure and EGA’s contribution to the country’s climate goals. In the field of clean energy, particularly hydrogen, the UAE has what it takes to lead the transformation of the energy sector globally.”

He stressed that the Ministry is fully prepared to provide the necessary support to all its local, regional, and global partners to enable and develop the clean energy sector’s growth. Through constructively working together, we will be able to achieve the country’s aspirations to bring about positive change in the climate issue and preserve the environment.

The Chief Executive Officer of EGA, in turn, said, “Aluminium’s use plays a key role in decarbonising other industries economy-wide, which makes decarbonising aluminium production even more of an essential challenge for our industry. Replacing natural gas with hydrogen is one part of the potential solution, and we look forward to accelerating our work in this area in partnership with the other members of the Hydrogen Leadership Initiative, in cooperation with the Ministry of Energy & Infrastructure, and in support of the UAE’s Net Zero by 2050 Strategic Initiative.”

In 2021, EGA signed an MoU with GE to develop a roadmap to decarbonise EGA’s natural gas turbines, including by switching to hydrogen. Aluminium smelting is energy-intensive, and generating the electricity required accounts for more than half the global aluminium industry’s greenhouse gas emissions.