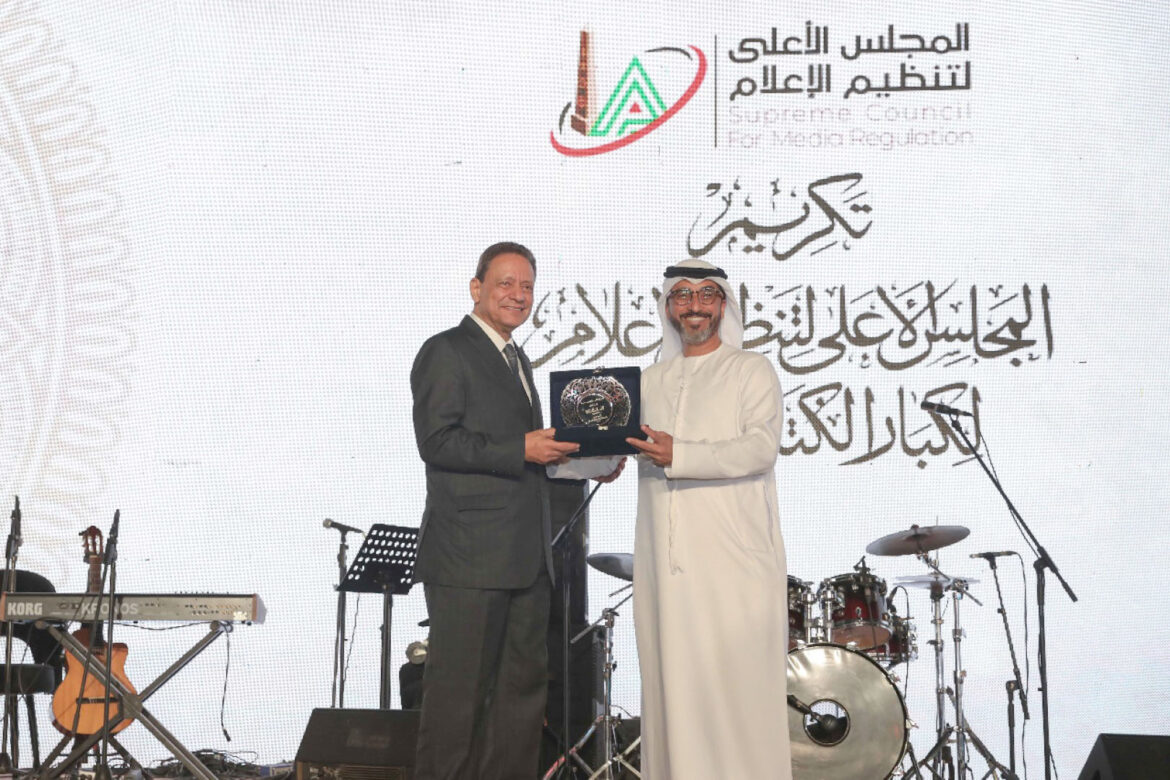 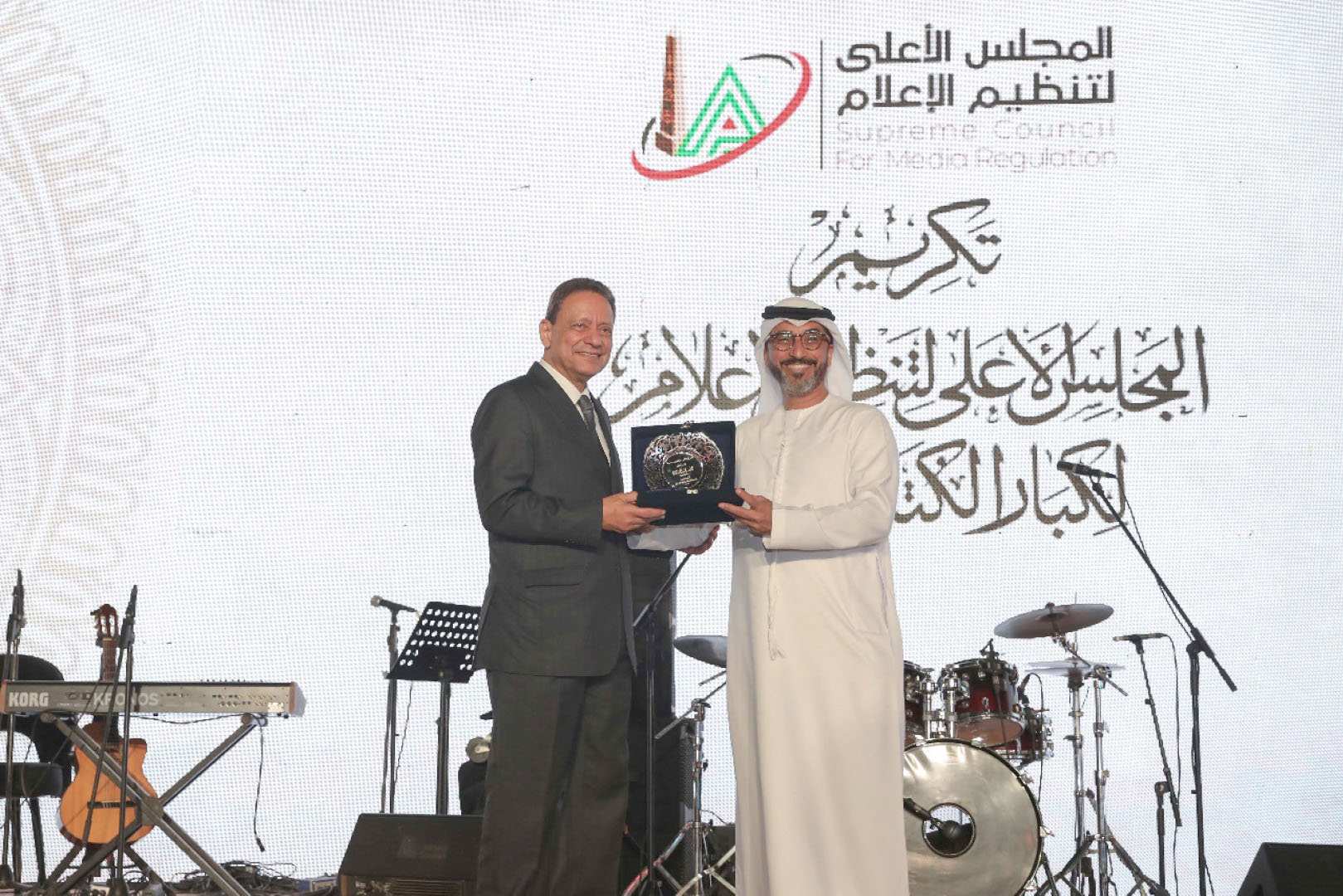 CAIRO, 23rd September, 2022 (WAM) — The Egyptian Supreme Council for Media Regulation honoured journalist Mohammed Al Hammadi, Chairman of the UAE Journalists Association (UAEJA), on the sidelines of a meeting of Arab ministers of information in Cairo.

The event was attended by Arab ministers of information, participating delegations, and prominent journalists and media professionals from Egypt and the Arab region.

The honour is in recognition of the journalists’ contributions to improving public awareness and addressing extremist ideas, as well as supporting Arab issues, including the Palestinian cause.