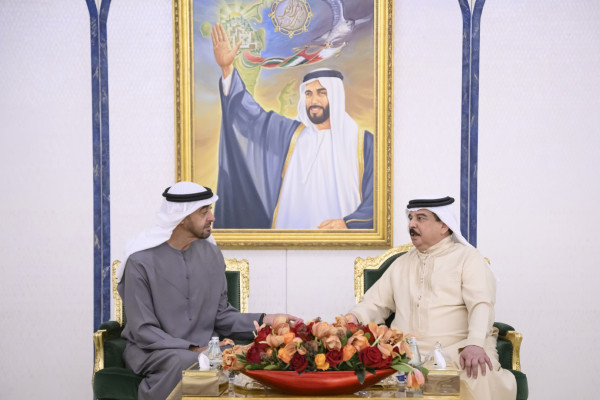 During the meeting, President Sheikh Mohammed bin Zayed and the visiting King of Bahrain exchanged friendly brotherly conversations, expressing the deep-rooted and historical ties that unite the UAE, the Kingdom of Bahrain and its people, and the continued development of the two countries. I wished

The conference will explore aspects of joint coordination and action, based on the strong brotherly ties that unite our two countries, in order to advance our commitment to sustainable development and contribute to the achievement of the aspirations and common interests of our peoples. How to strengthen and diversify your horizons in all areas was covered. Their belief in the unity of nations and a common destiny.

The two leaders expressed pride in the strong brotherly bond between the two countries and the level of fruitful cooperation in various fields.

His Majesty King Hamad recognizes the vital and effective role played by the UAE in the regional and international arena under the leadership of His Highness Sheikh Mohammed bin Zayed Al Nahyan and strengthens the pillars of security and stability and peace. commended the excellent effort to spread the Regionally and globally, as well as global initiatives to promote human values ​​of coexistence, tolerance and cooperation among people.

The Bahraini side was attended by His Highness Sheikh Nasser bin Hamad Al Khalifa, the Bahraini King’s Representative for Humanitarian Affairs and Youth Affairs, and several Bahraini Sheikhs and dignitaries.