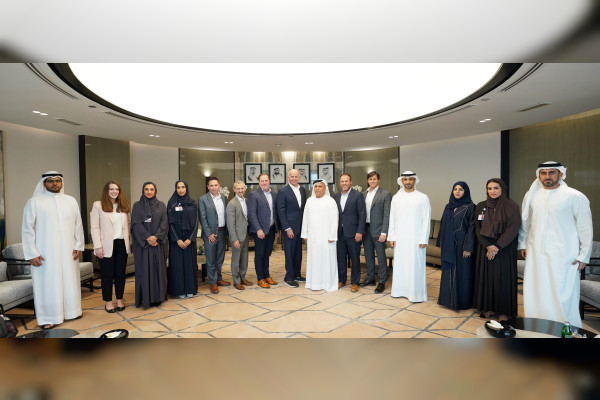 DUBAI, September 20 / WAM / His Excellency Mattar Al Tayer, Director General and Chairman of the Board of the Roads and Transport Authority, received an American delegation led by His Excellency Carlos Braseras, Director General of the Department of Transportation of the State of Utah, in the presence of Mr. Mike Schultz of the Utah House of Representatives and Senator Kirk Collimore, Senators of Utah board member.

During the meeting, they discussed the possibilities for cooperation between RTA, institutions and American companies specializing in roads and transport in the US state of Utah. The delegation was briefed on RTA’s experience in implementing projects and the method it has chosen to use. with financing their implementation.

At the beginning of the meeting, Al Tayer welcomed the American delegation and reviewed the authority’s establishment phase, its efforts in implementing road projects, developing the mass transit system and making it the preferred option for the movement of residents of the emirate as major and vital projects in mass transportation were completed, led by Dubai Metro, which is the longest driverless A metro in the world with a length of 89 km, a Dubai Tram with a length of 11 km, a huge fleet of public transport buses that includes more than 1,600 buses, and an integrated system of sea transport that includes more than 200 means of transport, in addition to 10,800 taxis. Public transport in the Emirate of Dubai carries more than 1.6 million passengers daily, and at the level of the road network, the length of the network has doubled from 8,715 lane-km in 2006 to 18,475 lane-km in 2021, and the number of vehicular bridges and tunnels has increased from 129 bridges and tunnels to 884 bridges and tunnels, and the length of the network of bicycle paths increased from 9 kilometers to 502 kilometers.

During the meeting, HE Mattar Al Tayer touched on the Roads and Transport Authority’s use of smart technologies, applications and artificial intelligence in the management of movement and traffic control through the Unified Control Center for Transportation and Road Systems and the Dubai Center for Intelligent Traffic Systems, which are among the largest and most modern centers.Control the world and the meeting was also about the authority’s efforts to provide self-driving transport, by conducting technical tests for self-driving vehicles in Dubai’s climatic environment, as a translation of the Dubai strategy for smart self-driving transport, which aims to transform 25% of total transport journeys. In Dubai, it aims to run self-driving tours through various modes of transport by 2030.

His Excellency the Director General and Chairman reviewed the Dubai Government’s efforts towards sustainable urban development as Dubai launched its urban plan “Dubai 2040”, which is based on people-centred development, improving the quality of life and making Dubai the best city for life in the world. According to the plan, green and recreational areas and public parks will increase by 105%, the area of ​​hotel and tourism activities will double by 134%, the area of ​​The economic activities will increase to 168 square kilometers, and the length of beaches open to the public , will increase by 400%, and a network of green paths connecting service areas, residential areas and workplaces will be established.

For his part, Carlos Braseras expressed his admiration for the Roads and Transport Authority’s organizational structure and institutional model, which gave it flexibility and efficiency in the rapid implementation of road infrastructure projects.

He praised the quality and integration of the mass transit system and the use of smart technologies to facilitate the movement of residents, and expressed his ambition to strengthen cooperation and the exchange of experience in the areas of planning, implementation and operation of means of transport and development of means of transport. road system infrastructure and mass transport.