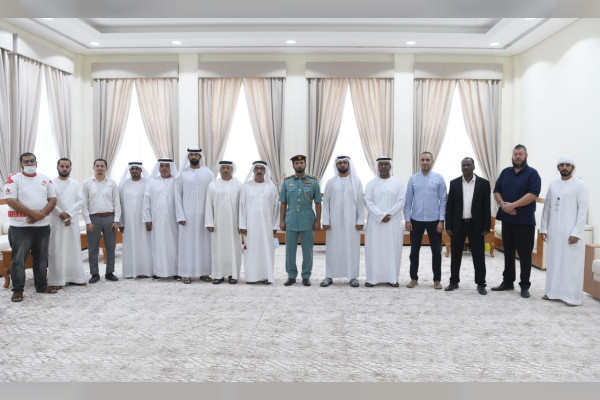 Umm Al Quwain, September 15 / WAM / The Umm Al Quwain Cooperative Society for Fishermen organized under the patronage of Sheikh Ali bin Saud bin Rashid Al Mualla, Head of the Umm Al Quwain Municipality Department, a ceremony to honor the entities and individuals who participates in the “My Environment is My Home” campaign to clean the beaches and the seabed in the emirate, which was launched with the aim of preserving the marine environment and its safety, in addition to educating fishermen and beachgoers on how to manage and maintain the cleanliness of the marine environment .

Jassim Humaid, Chairman of the Board of Directors of the Umm Al Quwain Cooperative Society for Fishermen, appreciated the continuous support that Sheikh Ali bin Saud Al Mualla provides to the activities and programs of the association. He said that the association’s continued support helps to strengthen the conservation and protection of the marine environment in the emirate by making the sea water and the emirate’s beaches clean, preserving for future generations their right to enjoy life in a healthy and safe environment, in addition the sustainability of the marine environment and its water resources and the preservation of the emirate’s waterfront free of environmental pollution.

It is noteworthy that the campaign “My environment is my home” resulted in the collection of 48 and a half tons of garbage and waste from the beaches and the seabed with the participation of 89 divers and 252 volunteers.