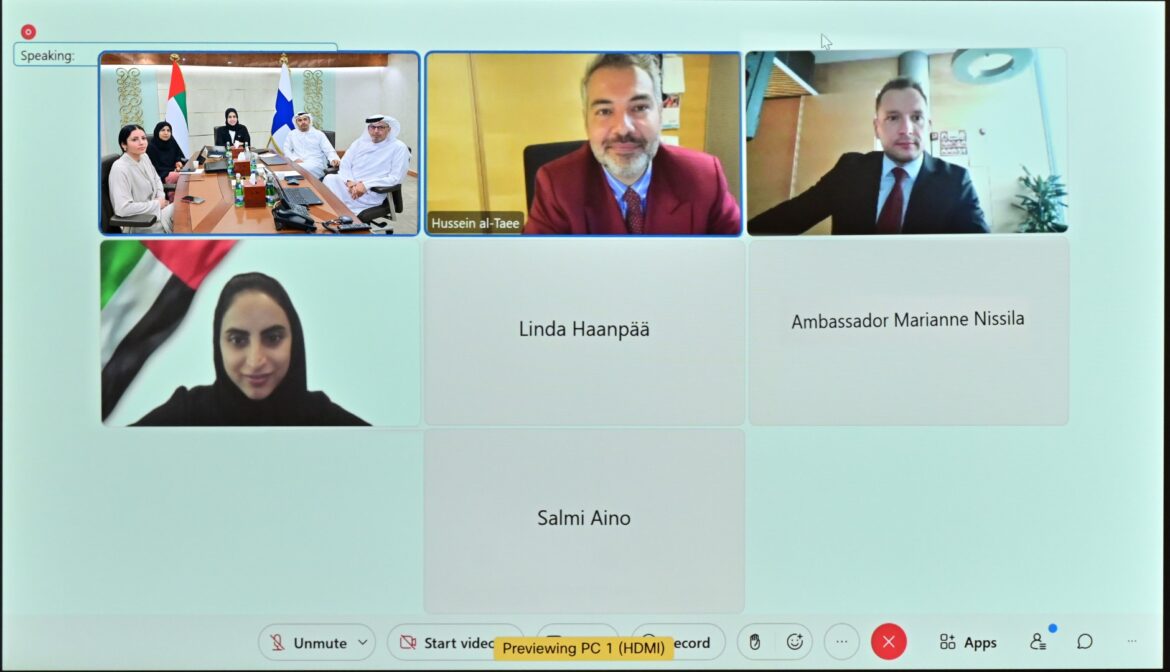 During the meeting, the participants highlighted the deep-rooted strategic ties between the UAE and Finland in political, economic, and cultural areas, which have witnessed significant development in various sectors.

They also stressed the importance of the work of parliamentary friendship committees to promote cooperation on various issues of mutual concern while participating in regional and international events.

The members of the Parliamentary Friendship Committee with European Parliaments then highlighted the importance of encouraging economic and investment cooperation and increasing the trade exchange between the two sides.

The meeting addressed the UAE’s developmental efforts and the keenness of its leadership to strengthen its cooperation with the world’s countries and enhance its international stature.

The meeting’s participants stressed that the UAE is a model of adopting the values of tolerance, coexistence and peace.

Al-Taee expressed his appreciation to the UAE, stressing that meeting open up wider horizons to enhance parliamentary ties between the two parliaments.