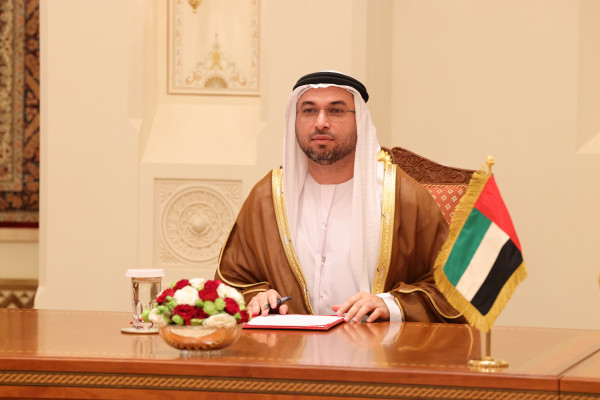 The newly created entity will hold an overall investment power of US$3 billion to design, develop and operate a railway network connecting Sohar Port to the UAE National Rail Network.

The agreement was signed by Shadi Malak, CEO of Etihad Rail, and Abdulrahman Salim Al Hatmi, Group CEO of ASYAD.

Under this agreement, the new company will lay the groundwork and workplan for the project, including its financial mechanisms and schedule. The company will also handle the design, development, and operation of the rail network, which connects Sohar and Abu Dhabi, in line with the standards of the two countries.

Built on the historic and strategic relations between the two countries, this major joint venture is an extension of the longstanding collaboration of Oman Rail and Etihad Rail, who both seek to create new prospects in the infrastructure, transport, and logistics industries by connecting the two countries via rail.

The much-anticipated 303-km railway will primarily link Sohar to Abu Dhabi and will feature the best international safety, security, and environmental standards, to provide faster and safer passenger and freight services. The passenger trains are designed to reduce travel time from Sohar to Abu Dhabi to 1 hour 40 minutes, and from Sohar to Al Ain to 47 minutes, travelling at a maximum speed of 200 km/h. Meanwhile, the freight trains will run up to 120 km/h.

Employing cutting-edge transport and rail technology, the railway network between the Sultanate of Oman and the United Arab Emirates will boost the growth of the national economy in both countries. It will also improve the efficiency of the supply chain, facilitate cross-border trade by linking commercial ports to the railway network, boost market competitiveness and reduce the total cost of supply chains.

The railway will provide investment opportunities and support contracts to the private sector. The new transport system will create job opportunities across sectors, develop the national human capital of both countries and kick off a new age of innovation.

On a wider scope, the project will stimulate tourism activities between Oman and the UAE, strengthen the competitiveness of the two countries in global trade and solidify their positions as logistics hubs for import and export to regional markets.

Malak said that this agreement outlines a strategic roadmap for a sustainable project that will bolster the solid relations between the UAE and Oman and will play an instrumental role in facilitating national and regional trade by connecting the UAE National Rail Network with Sohar Port.

Al Hatmi, in turn, stated, “Adding a new railway capability to our logistics sector will offer trade and logistics companies outstanding investment opportunities and empower manufacturing and industrial activities to quickly expand beyond borders. The envisioned network will complement our comprehensive set of ports and logistics assets, augment our competitiveness and open faster access to global markets.”

The railway, he said, also promises huge strategic economic and social gains as it promotes a more diverse, robust national economy, upgrades infrastructure and logistic services, drives forward travel and tourism, and ultimately improves the quality of life for communities on both sides of the borders by supporting the various strategic initiatives of the governments of Oman and the UAE.