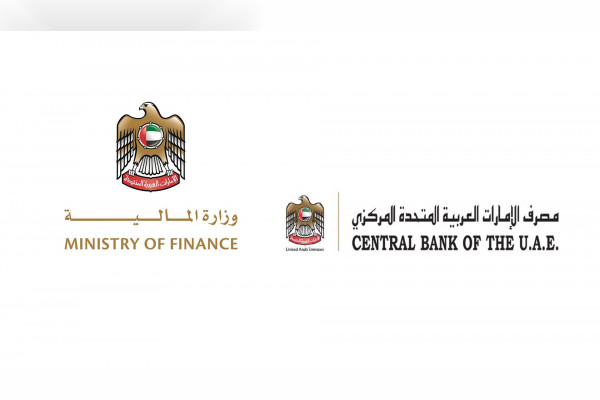 ABU DHABI, 11th May, 2022 (WAM) — The UAE, represented by the Ministry of Finance (MoF) as the issuer, in collaboration with the Central Bank of the UAE (CBUAE) as the issuing and payment agent, has announced the results of the first auction of the dirham denominated federal Treasury Bonds of the UAE Government (T-Bonds), with a benchmark auction size of AED 1.5 billion (circa US$400 million), which is part of the AED 9 billion T-Bonds issuance programme for 2022.

The launch of the T-Bond programme witnessed a strong demand through the six primary bank dealers, with bids received valued at AED 9.4 billion, and an oversubscription by 6.3 times. The strong demand was spread across both tranches, with a final allocation of AED 750 million for the two years tranche, and AED 750 million for the three years tranche, with a total issuance of AED 1.5 billion.

Commenting on the successful launch of the UAE T-bonds programmes, H.H. Sheikh Maktoum bin Mohammed bin Rashid Al Maktoum, Deputy Ruler of Dubai, Deputy Prime Minister and Minister of Finance, said that the first auction’s success is part of strengthening the UAE’s economic competitiveness and supporting the sustainability of economic growth, as the UAE continues to solidify its position as one of the most competitive and advanced economies in the world.

Sheikh Maktoum stressed that this success is reflected in the attractive market driven prices which achieved a spread of 28 Basis Points (bps) over US Treasuries for two years, and a spread of 29 bps over the US Treasuries for 3 years, pointing that this successful first issuance is a milestone towards building a dirham denominated yield curve and providing safe investment alternatives for investors which contributes to strengthening the local financial market and developing the investment environment.

He also invited international investors to participate in the T-bonds issuance programme which is widely open for all eligible investors, and will soon be followed by a listing on Nasdaq Dubai to promote secondary market trading along with primary dealers.

For his part, H.H. Sheikh Mansour bin Zayed Al Nahyan, Deputy Prime Minister, Minister of Presidential Affairs, and Chairman of the Board of Directors of the Central Bank of the UAE, said, “The success of the first auction of the Federal T-bonds and the strong demand for them, which witnessed an oversubscription by 6.3 times, is an important milestone. This reflects confidence in the UAE’s economic and financial policies and its future development plans. It also reflects the UAE’s position as an attractive hub for investment, its strong creditworthiness and economic and competitive capabilities at the global level.”

“The Federal T- bond issuance constitutes a new phase in promoting the robust performance of the UAE’s financial sector, providing safe and advanced dirham-denominated investment. It will achieve the objectives of the new Dirham Monetary Framework,” he added, extending his appreciation to all partners, including the Ministry of Finance, highlighting the importance of collaboration and innovative initiatives to develop the sector and support the country’s initiatives and plans.

The first auction will be followed by a series of subsequent periodic auctions, in line with the proposed 2022 issuance plan. The Securities will be issued initially in two, three, and five year tenures, followed by a 10-year bond at a later date.