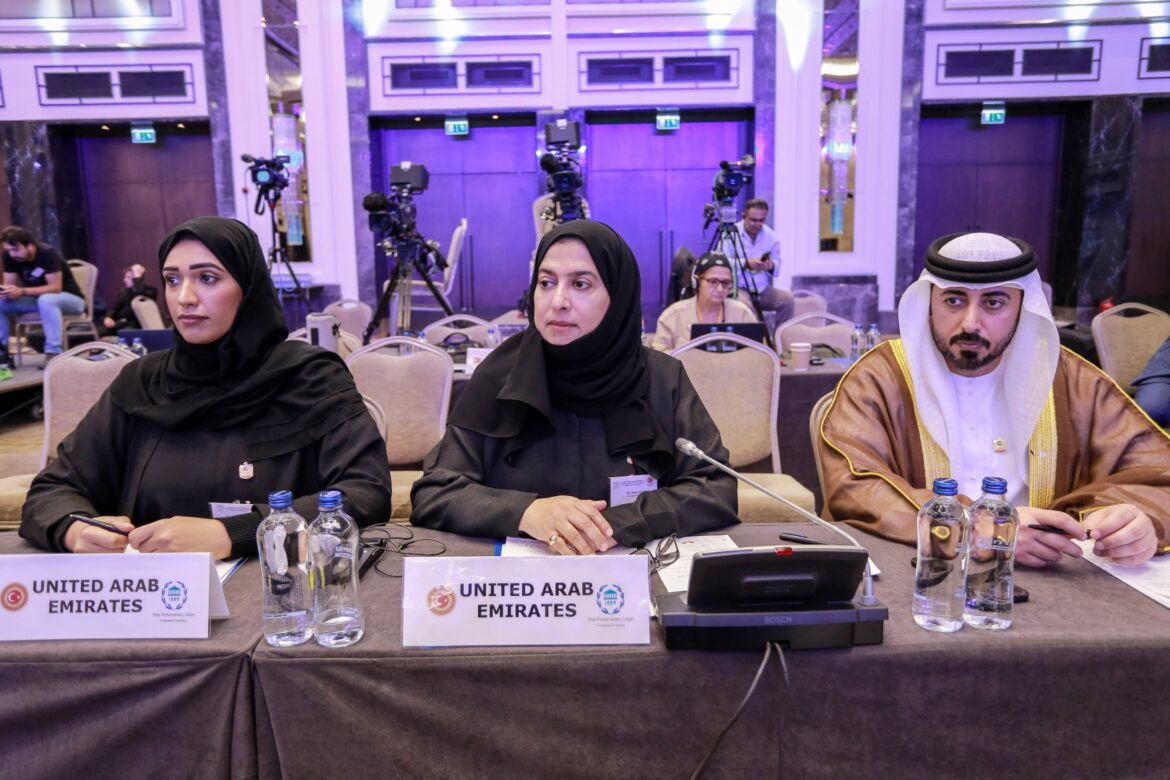 ABU DHABI, 21st June, 2022 (WAM) — Aisha Mohammed Al Mulla, Member of the Federal National Council (FNC) Parliamentary Division, participated in a session titled ‘Responsibility and Fair Burden Sharing in the Field of Migration’, as part of the Global Migration Conference held by the Inter-Parliamentary Union (IPU), in cooperation with the Grand National Assembly of Turkey.

During her participation at the event, Al Mulla said that with the increasing number of conflicts, crises and political, social and environmental challenges, which have contributed to a surge in migrant and refugee numbers, the UAE is affirming its commitment to its humanitarian efforts to support refugees and achieve security and stability.

She noted that the country has adopted a cooperative strategy in its relations with all countries, with 178 countries benefitting from Emirati development and humanitarian programmes, adding that Emirati aid can be listed under three main categories, which are development, humanitarian and charity aid.

In 2003, the UAE established the International Humanitarian City as a global centre for humanitarian action, which houses the offices of United Nations agencies and non-governmental organisations (NGO), she stated, noting the city’s role in facilitating international relief operations, by using its resources in the field of transport and logistics.

The humanitarian city also assists local and international relief organisations in rapidly providing relief and humanitarian aid to victims, due to its strategic geographic location, Al Mulla said in conclusion.