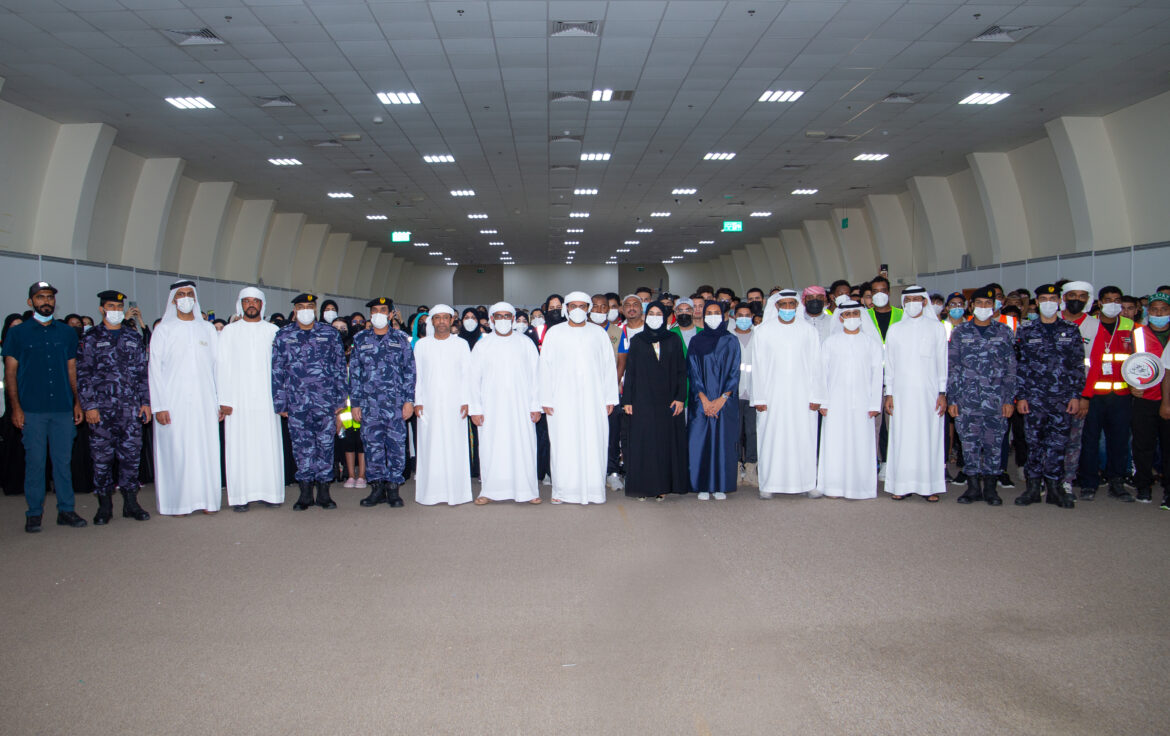 The Crown Prince also noted the directives of H.H. Sheikh Hamad bin Mohammed Al Sharqi, Supreme Council Member and Ruler of Fujairah, to provide all types of logistical and field support to volunteer teams in Fujairah, as well as explore their needs, to facilitate their work.

He made this statement during his meeting, held at the Fujairah Exhibition Centre, with the volunteers of the comprehensive community initiative, titled, “Together, Hand in Hand”, which was launched by the Fujairah Crown Prince’s Office to address the dire weather conditions that recently hit the emirate.

The meeting was attended by Hessa bint Essa Buhumaid, Minister of Community Development.

During the meeting, Sheikh Mohammed lauded the efforts of the volunteers and their work in removing the damage caused by the weather conditions and in following up on affected families.

He thanked the volunteers for their efforts, highlighting the importance of promoting the culture of volunteering, in line with the values of an aware and responsible community.

The meeting was also attended by Salem Al Zahmi, Director of the Fujairah Crown Prince’s Office.

UAE petrol prices fall in August: Here’s how much it will cost to get a full tank