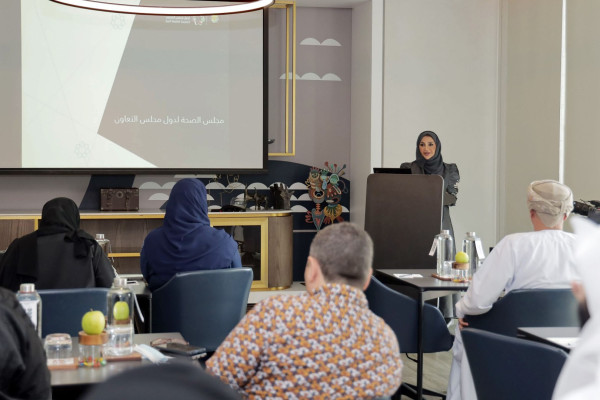 DUBAI, 19th September, 2022 (WAM) — The Gulf Health Council hosted a meeting in Dubai to review its plans and programmes before several media agencies and institutions operating in the UAE.

The meeting was attended by Wedad Bu Hamid, Director of the Government Communication Department at the Ministry of Health and Prevention, as well as other senior officials and various local media entities.

The gathering aimed to highlight the council’s efforts regionally and internationally, introduce its initiatives and projects, and enhance its cooperation and coordination with media entities in the UAE.

Bu Hamid welcomed all attendees and lauded the pivotal role played by the national media in delivering the constructive messages that competent health authorities are willing to convey to the public.

For his part, Said Juma Al Busaidi, Director of the Corporate Communications Department at the Gulf Health Council, briefed media representatives on the council’s services offered to Gulf citizens and expats and shed light on its awareness-raising programmes and initiatives.

Addressing the media, Al Busaidi said that the Council has developed effective media plans to better convey its messages and achieve its goals and aspirations. He also spoke about previous and future awareness-raising campaigns, including the anti-drug campaign launched by the council in mid-June and the elderly campaign, which it is going to launch in mid-October.

The event was concluded with a Q&A session where media professionals raised their questions about the council’s responsibilities, foundations, and services to know more about what the council offers, and they were answered transparently with a detailed explanation.