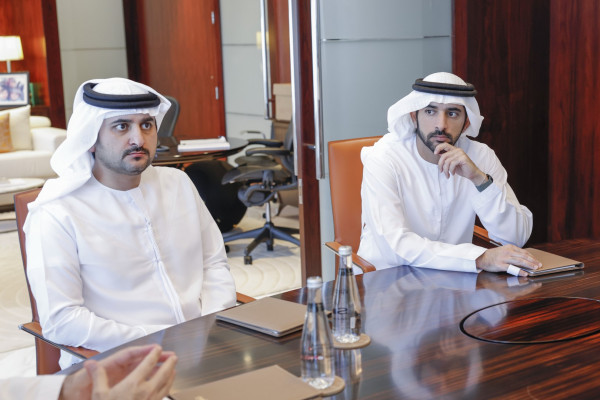 The move is part of the directives issued by His Highness Sheikh Mohammed bin Rashid Al Maktoum, Vice President, Prime Minister and Ruler of Dubai, during the previous meeting of the Dubai Council.

His Highness had directed the formation of a higher committee to supervise technological developments in the emirate and oversee developments in the digital economy, contributing to enhancing Dubai’s status as the best city in the virtual space thanks to innovative services and its advanced regulatory and legislative framework.

Sheikh Hamdan said the formation of the higher committee to oversee technological advances in Dubai reflects the farsighted vision of H.H. Sheikh Mohammed bin Rashid, who always looks ahead and takes proactive and prompt decisions to harness potential opportunities. The decision would cement Dubai’s status as a key city in the metaverse, H.H. added.

“The directives of His Highness Sheikh Mohammed bin Rashid to form a higher committee to supervise Dubai’s future technological developments reflect the importance of facing the future with an open mind. The move will help us fully understand reality and explore unique ideas that will shape a brighter future for Dubai and the UAE, maximising future business opportunities,” H.H. said.

Sheikh Hamdan noted that the committee had started work on key pillars and the objectives of the Dubai Metaverse Strategy. Based on data and information, the strategy aims to increase the contribution of the metaverse sector to Dubai’s economy to US$4 billion by 2030 and increase its contribution to Dubai’s GDP to 1 percent.

During the meeting, Omar bin Sultan Al Olama, Minister of State for Artificial Intelligence, Digital Economy, and Teleworking Applications and Chairman of The Dubai Chamber of Digital Economy, outlined how Dubai stands to benefit from the metaverse in a way that enables it to generate business opportunities beyond its physical borders.

The committee aims to implement metaverse technologies that can help improve the performance of resident surgeons by 230 percent and increase the productivity of engineers by 30 percent, in addition to supporting 42,000 jobs to become virtual.

The committee is currently working on identifying opportunities and challenges and continuing the development of the legislative framework that covers future requirements of all sectors. In addition, the committee is working on qualifying human capital to be able to excel in the virtual world.

The metaverse is a virtual-reality space where users interact with computer-generated environments and other users. It combines elements of social media, augmented reality, virtual reality, video games, cryptocurrencies, and other advanced technologies.

Current estimates expect business revenues from the metaverse could grow from US$180 billion to US$400 billion by 2025.

Earlier this month, Dubai’s Virtual Assets Regulatory Authority (VARA) said it had entered the metaverse with the establishment of its Metaverse HQ, making it the first regulator to have a presence in the emerging digital space. Expanding VARA’s resources to a borderless audience is part of Dubai’s strategy to create a prototype decentralised regulator model. It also aims to make it accessible to government and industry leaders, other authorities and virtual asset service providers to help shape the future digital economy. VARA’s MetaHQ will utilise The Sandbox platform, an Ethereum blockchain-based application that allows users to create, sell and purchase digital assets.