Hassyan project to be converted to natural gas 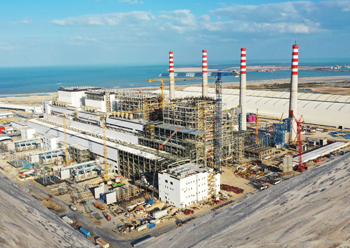 Saudi-based Acwa Power has reached an agreement with Dubai Electricity and Water Authority (Dewa) for the conversion of the 2,400MW Hassyan Power Plant from clean coal to natural gas.

The operation of the coal project on gas will result in an entirely coal-free Acwa Power portfolio and is in line with the company’s strategy to lead the way to de-carbonisation and focus predominantly on renewables and transitional low CO2 projects and to its 2050 net-zero emissions target.

Acwa Power, a leader in power generation and water desalination plants, owns a net stake of 26.95 per cent of Hassyan Power Plant.

“The move is also in line with international efforts to reduce relying on high-carbon-emissions energy sources. The initiative is consistent with the pivotal role that gas is expected to play in enabling economic growth in the UAE over the next fifty years,” observed Sheikh Ahmed.