“Hope Probe” monitors the estimated value of the temperature of Mars 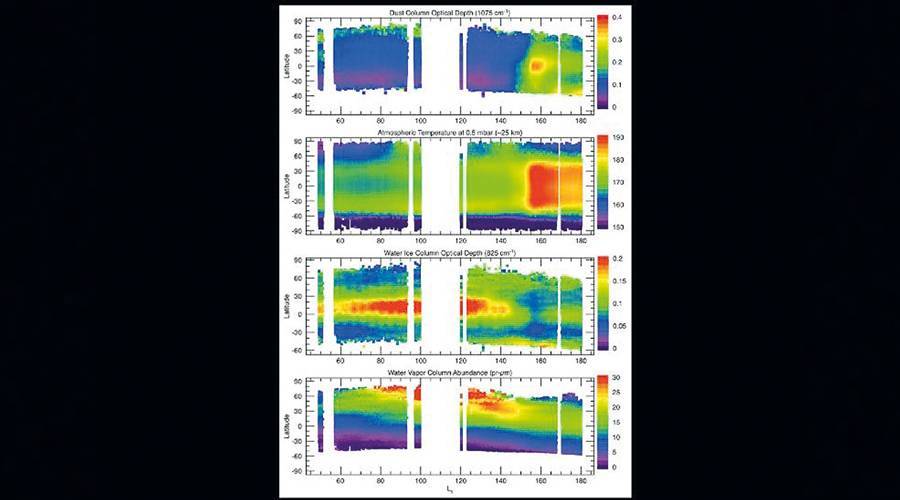 The Emirates Mars Exploration Project revealed that a scientific paper on the estimated value of the temperature of the atmosphere of the Red Planet as monitored by the “Hope Probe” was recently published, titled “Infrared Spectrophotometer Observations about the Martian Atmosphere in the Mars Atmosphere in the Mars”. Avion Season”, as part of the special issue For the first results of the project, which falls under Geophysical Research Letters.

The project said in a tweet via Twitter that according to the scientific paper, the infrared spectrometer monitored the amount of dust, clouds and the humidity of the Martian atmosphere, as the observations of the scale indicate the relative coldness of the red planet and the presence of a number of thin clouds , especially near the equator.

According to the scientific paper, the spectrometer aboard the “Hope Probe” monitored a dust storm that scattered dust in most of the atmosphere for a few weeks, as these observations are important for understanding the current climate on Mars.