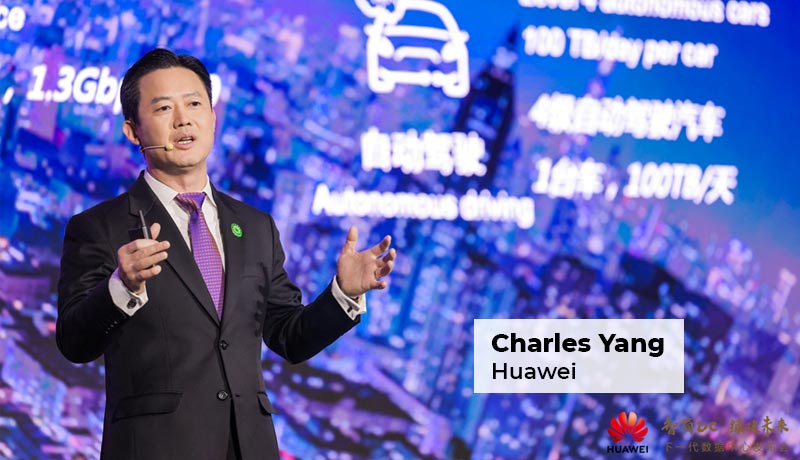 Huawei’s data centre business in the UAE is in excellent shape, and is mutually benefitting, said a top official of the company.

“The data centre business of Huawei in the Middle East is excellent. In recent years, the Middle East and Huawei’s digital power business have mutually reinforced each other,” said Charles Yang, Senior Vice President of Huawei and CEO of Huawei Data Centre Facility Team.

Using new technologies and strategic partnerships have been instrumental in Huawei’s success in the region, he said.

“In the UAE, we have a strategic partner who built a 100 megawatt DC (data centre) in two years. It was the first time in the world that we used prefabricated modular DC construction, we were able to reduce the construction time from three years to ten months. Two construction batches totalling 100 megawatts were involved. It was a record-breaking performance. It was the quickest time ever, and it assisted our customers in achieving successful business outcomes,” Yang added.

“In the second case, we collaborated with another strategic partner to construct the largest 100 percent solar-powered DC in the Middle East, Africa, or even the entire world,” he said.

“These projects have two distinct characteristics. Number one, it is entirely solar powered. Number two, everything is prefabricated and modular. The hoisting only took five days, and the DC construction only took six months for the first phase. It was a record-breaking year, particularly in the use of green power. It was the largest in the region.”

“Through our collaboration with customers in the UAE, we discovered that we received a lot of local requests that went into our product innovation,” Yang said while discussing the availability of solar resources and water in the UAE.

“For example, the UAE has an abundance of solar resources but a scarcity of water. As a result of this situation, we developed a cooling system that makes use of wind power while avoiding or using no hydropower. These characteristics are shared not only by the UAE, but also by other countries with similar requirements. Especially when water resources are scarce, the wind power over hydropower solution is a very effective and shared requirement,” he added.

“The temperature in the UAE DC construction is extremely high, so we used AI-based cooling technology. We examined the DC load, the climate, the temperature, and the operation status. All of this was factored into our parameter adjustment. So, in the Middle East, when building a DC, we used AI technology to improve cooling efficiency by 10 percent. This was due to our collaboration with our UAE customer, who provided us with that specific requirement. Huawei’s product evolution was driven by two factors: technological innovation and customer needs. And these examples clearly demonstrated how Huawei and our customers mutually reinforce one another.”