In complete silence .. A camouflaged bird on a tree trunk “impresses” 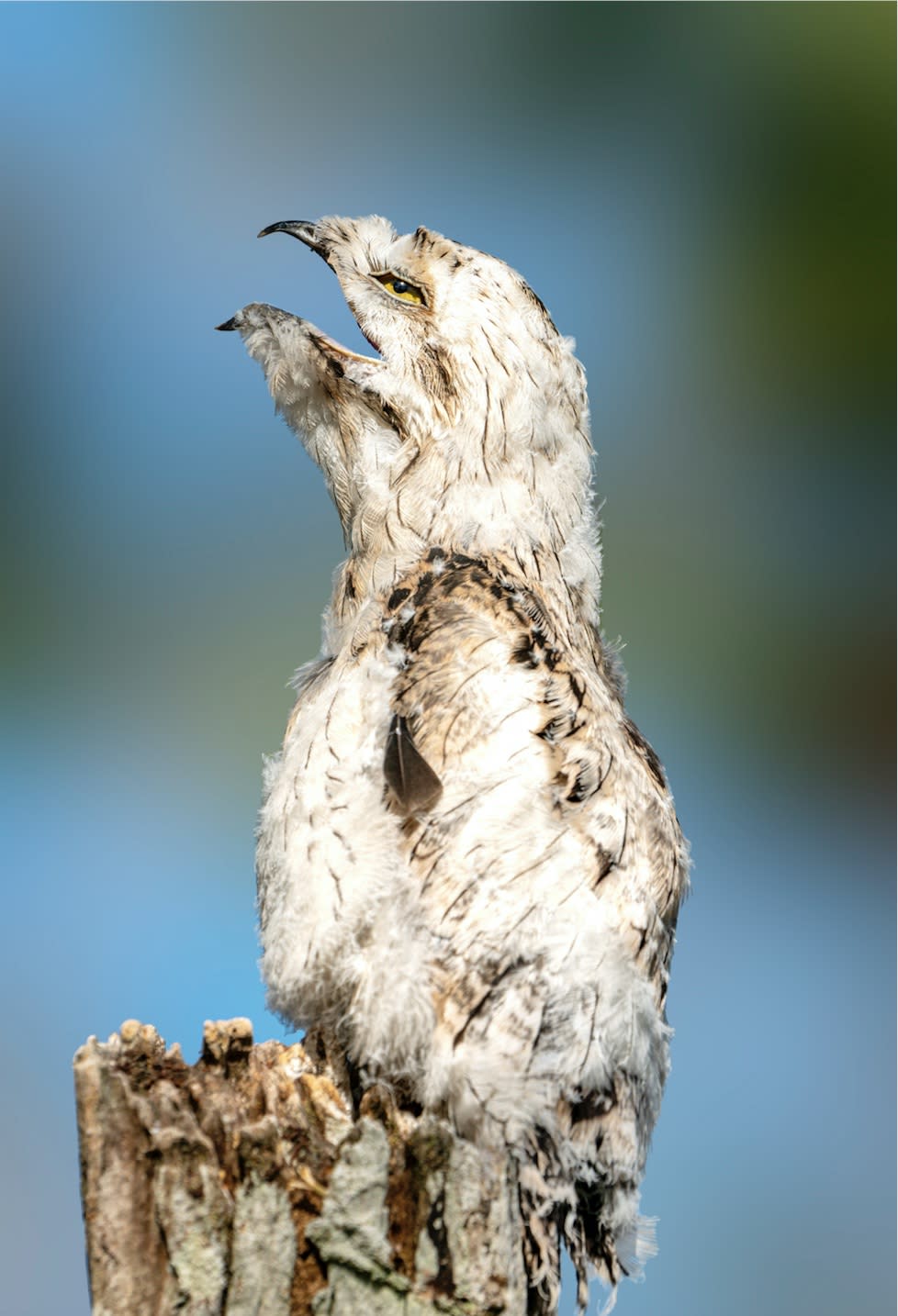 Dubai, United Arab Emirates (CNN)– In complete silence, the common potto stands with its beak so high on a tree trunk that it is so completely camouflaged that it would be difficult for anyone to see it for a moment.

This type of bird breeds in the tropics of Central and South America.

According to the UWI website, the common boto can be found in various locations, from southwestern Costa Rica to northern Argentina and northern Uruguay.

The common poto is among the nocturnal insects that feed on insects.

In fact, this type of bird does not move during the day because it spends most of its time sleeping.

This is one of the reasons why the common poto was so easy to spot for Japanese photographer Takaaki Nagashima, especially since these birds remain a constant in Puntarenas province, Costa Rica.

“The primitive appearance of the common boto’s face reminds me of the ancient era when dinosaurs lived, which really caught my attention,” Nagashima said, speaking to CNN in Arabic.

This type of bird has excellent camouflage skills to protect itself from enemies while they sleep, as if it appears to be part of a dead tree trunk.

The parents take turns looking after the eggs at different times of the day, according to the UWI website.

The Japanese photographer hopes people will learn more about the common poto, which looks like a cartoon but is actually a very skilled hunter.

And these photos won the admiration of many of Nagashima’s followers, who number more than 6 thousand people, through his account on the “Instagram” page.

Nagashima tends to spot birds of all kinds today, especially the birds of paradise of Papua New Guinea.

Emirates News Agency – “Make a Wish” grants the wishes of 5...