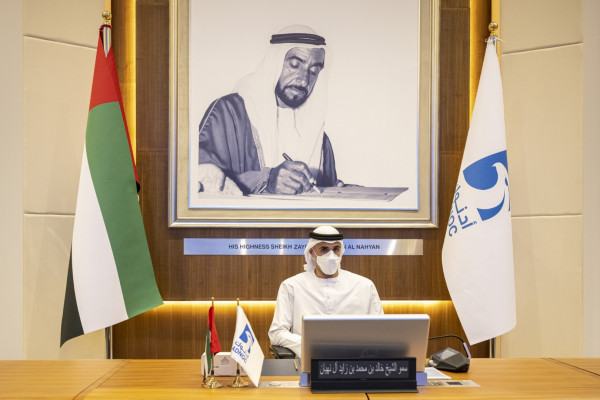 During the meeting, held at ADNOC Headquarters in Abu Dhabi, Sheikh Khaled reviewed ADNOC’s performance and strategic targets and commended the company’s expanded approach to strategic partnerships, which have helped lead to new discoveries of oil, including a new find at Bu Hasa, Abu Dhabi’s biggest onshore field with a crude oil production capacity of 650,000 barrels per day (mbpd).

The 500 million barrels of oil discovered from an exploration well in the Bu Hasa field has unlocked a new formation within the field, offering substantial additional premium-grade Murban oil resources. Bu Hasa is part of the ADNOC Onshore Concession and is operated by ADNOC Onshore.

In Abu Dhabi’s Onshore Block 3, operated by Occidental, around 100 million barrels of oil in place were discovered, marking the second oil find in this concession. Occidental was awarded the exploration rights for Onshore Block 3 in early 2019. Around 50 million barrels of light and sweet Murban-quality crude was also discovered in the Al Dhafra Petroleum Concession, operated by Al Dhafra Petroleum, a joint venture between ADNOC, the Korea National Oil Company (KNOC) and GS Energy.

Sheikh Khaled commended ADNOC for its collaborative approach and noted that the company and its partners would ensure that the UAE remains a reliable supplier of some of the least carbon-intensive oil in the world for decades to come.

In line with ADNOC’s successful value creation strategy, he praised ADNOC’s strengthening of UAE capital markets through its intention to float 10 percent of Borouge, ADNOC’s world-leading petrochemicals company on the Abu Dhabi Securities Exchange (ADX), as the company continues to grow and diversify the UAE economy.

Looking to the future, Sheikh Khaled also gave directives to explore new clean energy partnerships, including clean hydrogen, as part of the company’s ambitious growth plans in the field, and to help support the energy transition.

Under the guidance of Sheikh Khaled, the Executive Committee is providing strategic direction for ADNOC as it delivers on its 2030 strategy and enables economic growth in support of the UAE’s ‘Principles of the 50’. Over the course of the year, the Executive Committee meets to review ADNOC’s progress against its strategic and financial targets as well as its operational performance.