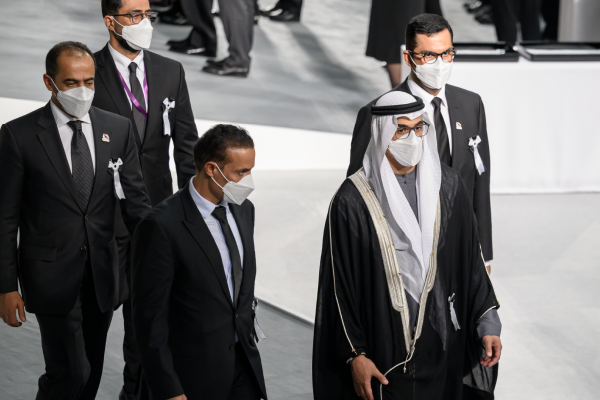 He also met the widow of the late Shinzo Abe and a number of his family members, offering his sincere condolences over the loss of a leader who devoted his life to serving his country and its people.

The funeral is the largest state memorial service for a government official since the funeral of former Prime Minister Shigeru Yoshida in 1965.

Shinzo Abe significantly contributed to the development of the UAE-Japanese relations, which witnessed during his reign the announcement of the comprehensive strategic partnership initiative, during his visit to the UAE in 2018.

Sheikh Khaled bin Mohamed bin Zayed was accompanied by Dr. Sultan bin Ahmed Al Jaber, Minister of Industry and Advanced Technology and UAE’s Special Envoy to Japan, and Shihab Ahmed Al Faheem, UAE Ambassador to Japan, in addition to a number of officials from the Ministry of Foreign Affairs and International Cooperation.