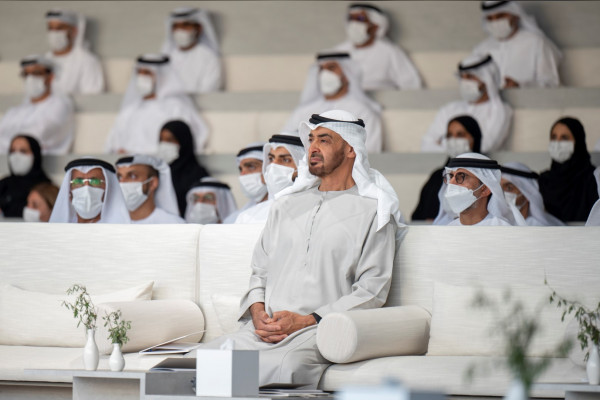 The lecture was presented by Edward Jung, Founder and Chief Technology Officer at Intellectual Ventures, the largest invention fund in history.

During the lecture, Jung addressed several main themes exploring different forms of technologies relevant to our modern world, what this could mean in the long-term and envisioned the future after the world adapts to game-changing technologies.

Jung explained that the world needs a new model of innovation and a new system of incentives, technology development, finance and R&D to tackle today’s biggest global challenges like building efficient cities, ageing, climate change and education. One of the top 12 inventors in history with over 1,200 issued US patents across diverse fields, Jung said the world had become very good at building smaller solutions. The start-up economy solves targeted problems very ably, the former Microsoft chief architect said, adding that a lot of the problems facing us now greatly exceed the abilities of single companies.

In the past, a government would step in and try to align a number of companies into a concerted effort but this happens rarely now, Jung said. In addition, while companies may get involved in large projects of their own as they scale up, it is very difficult for them to get into very large integrative projects, thus causing an invention gap.

He said that the next logical step for the technology industry is a “collaborative context-based” innovation economy in which a lead architect of sorts does the coordinating work of breaking down massive projects into pieces and assigning them to various players because such “civilisational-scale problems are beyond the scope of any one company”. Jung, who has been passionate about innovation since childhood and believes innovation is the key to solving the problems of humanity, cited the aerospace industry as a working model of such top-down innovation.

Jung added that he envisions his firm Intellectual Ventures playing a coordinating role in projects like building megacities for the billions who will be moving from countrysides to cities over the next few decades. There are more cities being built today than ever in history, he said, with some of these city projects costing dozens of billions of dollars. He noted that the cities are mostly being built like any other city in the past, adhering to largely the same blueprint.

The founder of over a dozen start-ups and innovation advisor to many organisations described this is an opportunity for tremendous amounts of new innovation, because each city is essentially an economic infrastructure for innovation. Building a city around new innovations would reduce the cost of deploying innovations and increase the demand for innovations. Jung elaborated that if one designs a city slightly differently, one can make it as easy to plug new stuff in and unplug old stuff as it is to buy apps in the Apple App Store.

Another problem for which Jung thinks his firm could be the architect for planetary-scale innovation is that of the world’s ageing population. This problem has two facets: the rising cost of caring for the aged – the longer people live, the higher their medical costs – and the shrinking population of productive workers to pay for the rising cost of healthcare. You have to cut expenses and increase revenue to address both facets together, he said.

To address both pieces, his company has a project called ‘Wisdom Economy’ which is a very grand architecture for an innovation economy, Jung said. On the one hand, this improves the productivity of the dwindling work force of young people and the productivity of the aging and, on the other hand, creates a platform for diagnostic and therapeutic medicine that induces more innovation and shifts the emphasis from acute care to chronic care, he added.

Jung further explained his firm’s structure would allow it to perform an unusual function: by creating inventions in its own lab, working with its network of inventors, investing in start-ups, and partnering with governments, the company can act as a kind of master-planning architect, coordinating innovations that seek to solve big global problems.

Video-recorded contributions by Dr. Sultan bin Ahmed Al Jaber, Minister of Industry and Advanced Technology; Khalfan Belhoul, CEO, Dubai Future Foundation; and Dr. Eric Xing, President at Mohamed bin Zayed University of AI, were aired during the lecture. The speakers showcased how the UAE adopted and invested in different technologies and innovations and offered their perspectives on the importance of technology.

The lecture will be aired on Thursday, 21st April at 17:55 on local channels as well as on the Majlis Mohamed bin Zayed YouTube Channel.

It’s part of a series of lectures during the holy month of Ramadan, which discuss a number of vital issues of interest to individuals and societies by hosting a group of specialists and researchers in various fields.