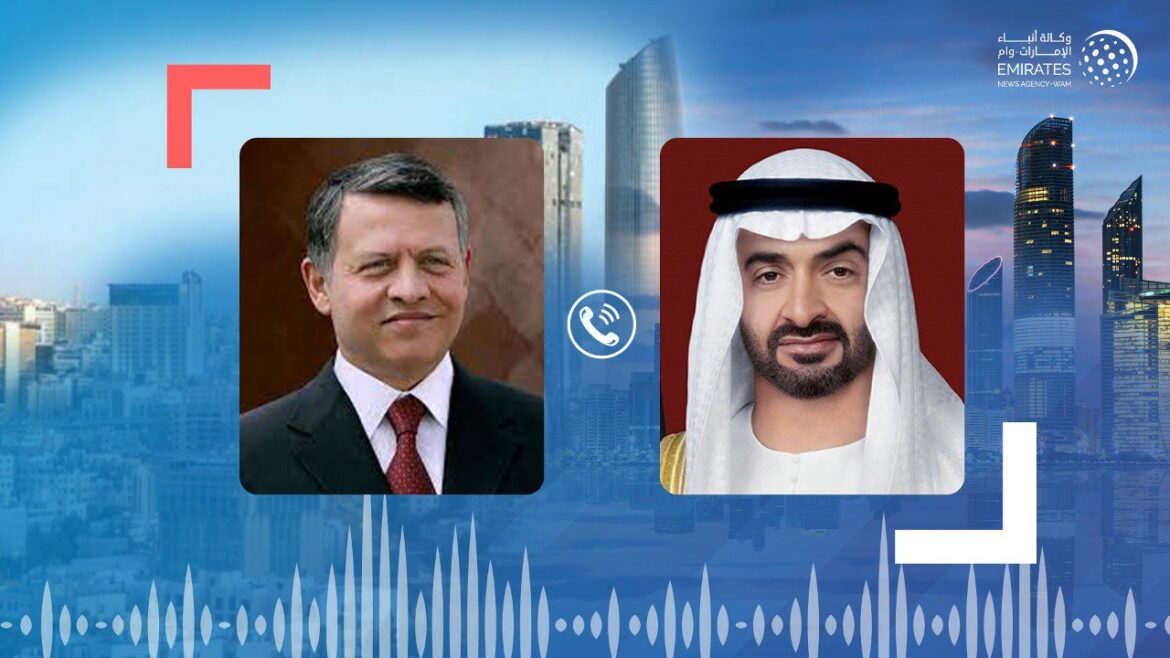 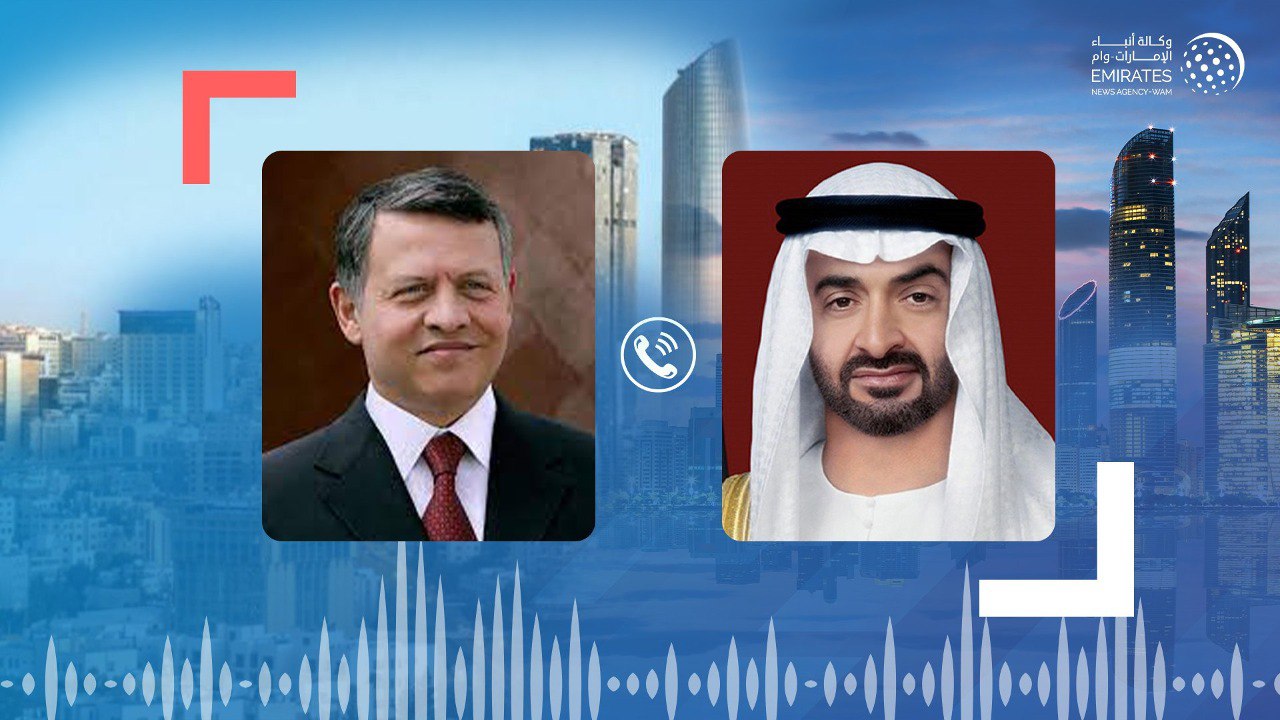 During a phone call, His Highness Sheikh Mohamed congratulated King Abdullah II on the successful surgery he underwent recently, wishing him a speedy recovery and return to the Kingdom to continue the development process in the country.

For his part, King Abdullah II expressed his thanks for the sincere feelings expressed by His Highness Sheikh Mohamed bin Zayed Al Nahyan and wished the people of the UAE further progress and prosperity.