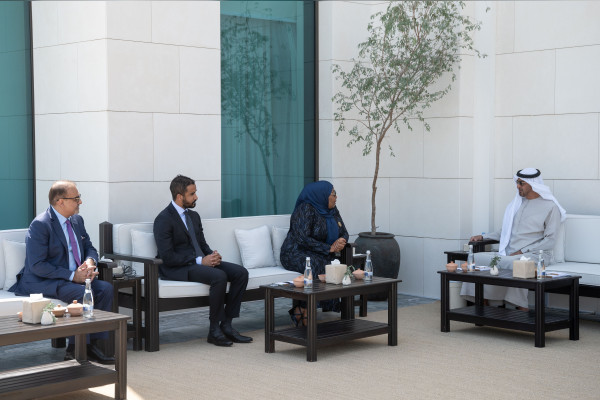 During the meeting, which took place at the Al Shati Palace, the two sides discussed their friendship and opportunities for boosting their cooperation in all areas, most notably in investment, economic and development areas.

They also exchanged views on regional and international issues of mutual concern.

The meeting addressed the UAE’s successful hosting of Expo 2020 Dubai, the key solutions and innovations presented by various countries in areas of sustainability during the major international event, and its importance as a global platform for experts, specialists and decision-makers to discuss common challenges.

His Highness Sheikh Mohamed bin Zayed thanked Tanzania for supporting the UAE and its condemnation of the recent Houthi attacks against the country.

For her side, President Hassan extended her gratitude for the warm welcome and hospitality she has received during her visit, stressing the keenness of her country to strengthen its cooperation with the UAE in all vital areas, most notably in investments, the economy, commerce and sustainable development. She also lauded the development and humanitarian support provided by the UAE to Tanzania.