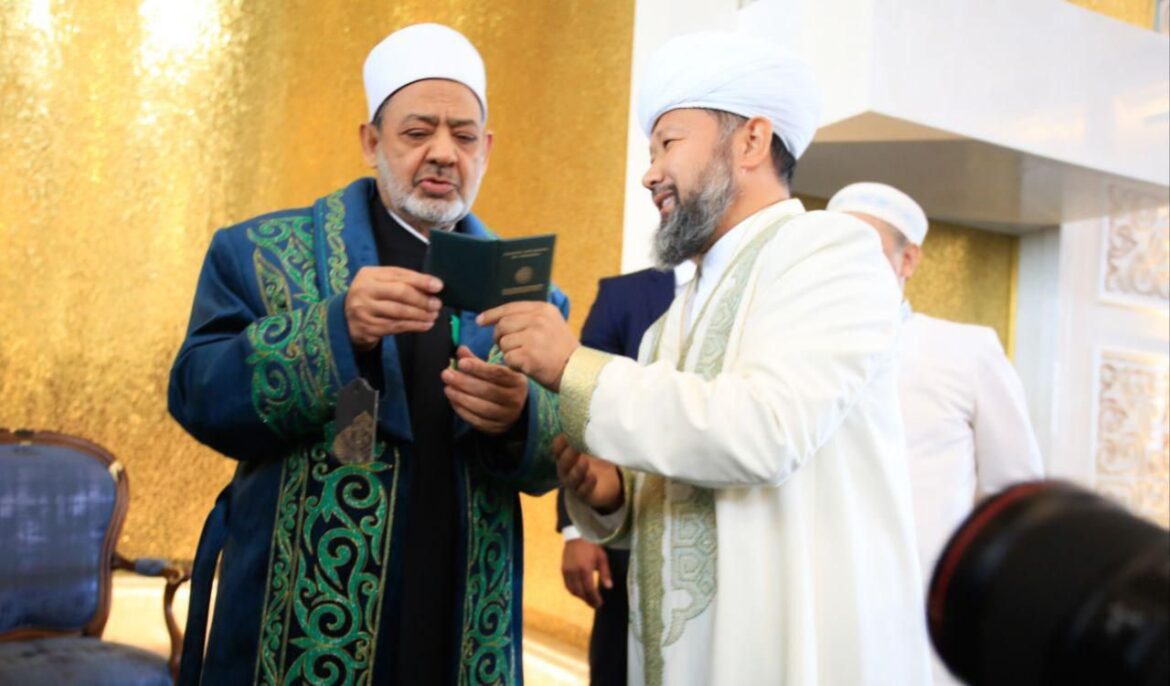 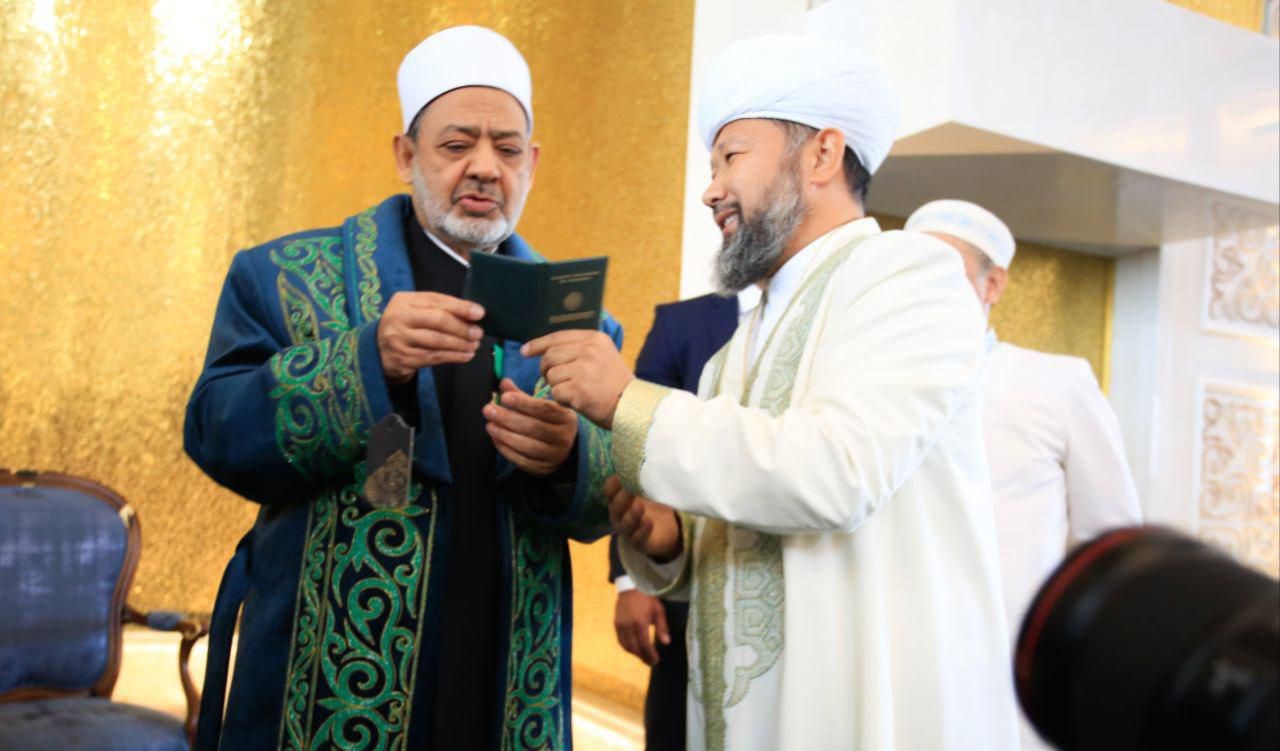 NUR-SULTAN, 18th September, 2022 (WAM) — Kazakhstan’s Grand Mufti His Eminence Shaykh Nauryzbay Kazhy Taganuly has presented His Eminence Dr. Ahmed Al-Tayeb, the Grand Imam of Al-Azhar and Chairman of the Muslim Council of Elders, with a traditional “Shapan” gown at the Hazrat-Sultan Mosque in the capital Nur-Sultan.

With more than 30,000 worshippers in attendance, the gown was presented in appreciation of the Grand Imam’s visit to the Central Asian nation to attend the 7th Congress of Leaders of World and Traditional Religions.

Mufti Taganuly expressed his nation’s deep appreciation of the Grand Imam’s visit and their desire to hear His Eminence’s valuable words at the Grand Mosque. He stressed that this visit would live in the hearts and minds of the Kazakh people for years to come.

The traditional “Shapan” gown is an ancient form of clothing of the Kazakh people and is a significant part of the local culture. As a custom, the gown is presented to influential and noteworthy people as a sign of respect and appreciation