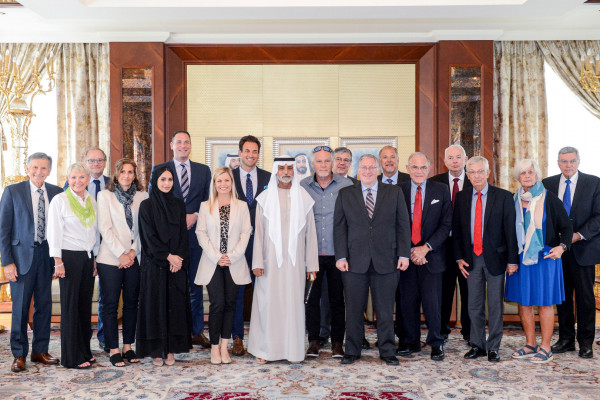 Sheikh Nahyan welcomed the delegation, headed by Joel Rosenberg, Founder of Near East Media, and discussed with them the importance of the accord and promoting the values of peace, tolerance, fraternity and human solidarity among peoples in order to achieve world peace.

He also noted that the UAE, which is led by President His Highness Sheikh Khalifa bin Zayed Al Nahyan, and founded on the values of tolerance, dialogue and coexistence, supports global efforts to promote the values of human fraternity and international solidarity, adding that it is home to over 200 nationalities.

Rosenberg and his delegation said the UAE is an exceptional model of promoting the values of moderation and peaceful coexistence for communities around the world, lauding the country’s overall achievements and wishing it further progress and prosperity.