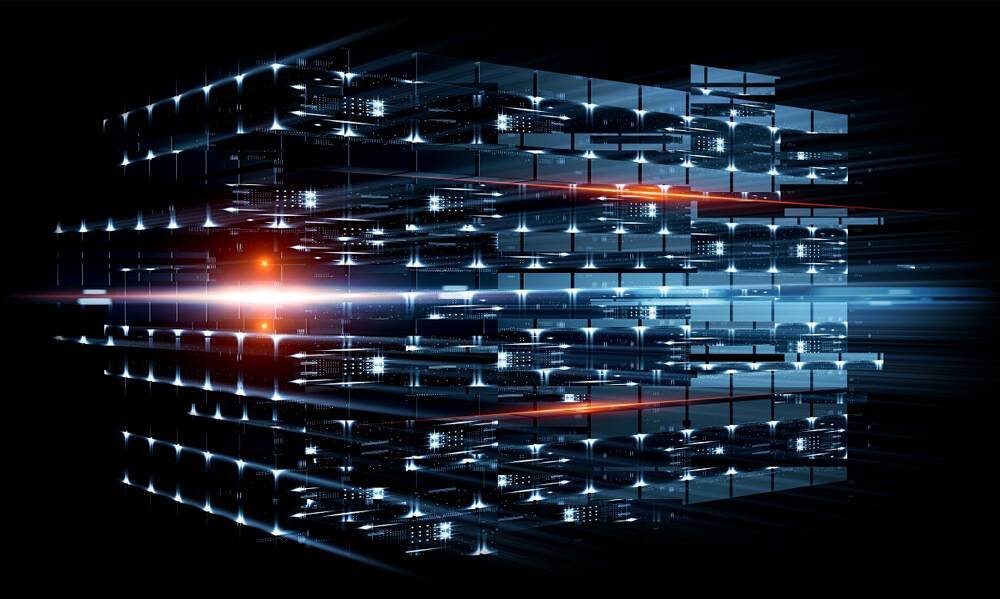 Abu Dhabi: Abdul Rahman Saeed
A research team from the Khalifa University of Science and Technology in Abu Dhabi has developed a nano-memory cell that aims to improve the storage capacity of computers.
The research team explained that they have developed a new form of high-precision memory cell, which is characterized by providing memory with a large storage capacity and high speed of data processing in computer chips, to meet the increasing demands of electronic devices that enjoy speed, accuracy and efficiency in performance.
The team showed that the new nano-memory is very precise, as its thickness is equal to just one gold nanoparticle, or one-thousandth the size of a human hair, and contains two thin layers of aluminum oxide and has a simple and unique structure, that makes it possible to write and read data on it. Through the charging and discharging processes of a single nanoparticle, the simplicity of the nano-memory design facilitates its manufacturing process and thus enables large-scale commercial use.
The research team included Dr. Mohamed Rizk, lecturer in physics, dr. Irfan Saadeh, professor of electrical engineering and computer science, dr. Ammar Nayfeh, lecturer in electrical engineering and computer science, and the PhD researchers dr. Ayman Rizk and Dr. Yawar Abbas.
The team pointed out that computers convert information into a binary code that is written into a numeric string consisting of two numbers, 0 and 1, called binary numbers or “bits.”
He stated that there are two types of memory systems in a computer system, namely non-volatile memory, which is the memory that retrieves information even when no power source is available, and volatile memory, which is the memory that only processes information during the operating period of the computer.
He explained that non-volatile memory systems in their installation, such as flash memory, depend on the electric field effect transistor, which depends on the oxidation of semiconductors with metal to store each “bit” in the memory of a specific cell via electrical charge.
The team pointed out that the MOSFET gate was designed in a way that allows electrical charges to be collected and retained within it, forming the “bit.” They developed a new and simple memory cell system to replace the MOSFET.
The team’s design is simple because they used a single gold nanoparticle to place it in place of the silicon layer covered with a thin layer of aluminum oxide, and then placed another layer of aluminum oxide around the entire nanoparticle to form this gold nanoparticle a cell to save electrical loads.
The research team’s design is free of traditional sources and electrical discharge terminals, and they replaced them in their prototype using a single electrode (electrode) over the gold nanoparticle.
Dr. Mohamed Rizk attributes the success of the memory nanoparticles to the appropriate gold nanoparticle size and the correct thickness of the alumina layers. He added: “We used the nanoparticles as a place to store electrons and regulate electric current. The size of the nanoparticles, which consists of nanometers, helps to improve the level of memory capacity in the devices, as it increases its endurance and lowers the consumption of electric voltage, in addition to the speed of the processes of writing and reading data.”