50% of employees allowed to return to offices 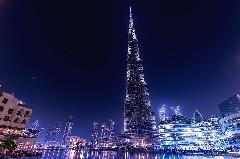 The headline seasonally adjusted Emirates NBD UAE Purchasing Managers’ Index (PMI) declined to 54.0 in December, compared to 55.8 in November, marking the slowest pace of expansion in the non-oil private sector since October 2016, according to the survey.

PMI remains in expansionary territory (50.0 is the neutral level), the subcomponents of the survey suggest that this is continuing to come at a cost to businesses’ margins, albeit to a lesser degree than seen in November, the survey showed.

“The fall in output prices was mitigated somewhat by a slower pace of growth in purchase costs which expanded at the slowest pace since August,” the Emirates NBD/IHS Markit survey said.

The UAE’s PMI remained at 50 year-to-date, as domestic competition led to sales promotions, and a slower pace of growth in new export orders suggests that most of the new order growth was domestically driven.

“Both employment and staff costs were broadly flat compared to a month earlier. Only 1.4% of firms took on new staff while all respondents reported their staffing costs unchanged, maintaining a trend recorded throughout H2 2018,” the survey highlighted.

The Dubai Medical Innovation Center (DIMC) is a visionary proposal for a research and development facility by MB Consultancy Architecture and Engineering that aims...
Read more
News

Chef Reif Othman will open a new location in the Depachika Food Hall on the Palm Jumeirah this week. A cake and chirashi counter...
Read more
News

As Dubai restaurants start to tiptoe back to normality, Alici has announced the re-launch of its Beautiful Fridays Brunch from May 29.Alici, made...
Read more

Grand Mufti of the Republic, Sheikh Abdel Latif Derian received on Sunday morning at the Dar el-Fatwa the ambassadors of Saudi Arabia and the...
Read more
News

No one has yet claimed the Dhs50m jackpot prize Sunday 24 May 2020Six people have jointly won the Dhs1m prize amount in the six edition...
Read more
News

Authorities warned of low visibility and the possibility of flash floods Gulf Business Sunday 24 May 2020Parts of the UAE were hit by heavy rainfall accompanied...
Read more
News

Abu Dhabi's Department of Culture and Tourism has launched a safe and clean certification program for public places - the first of its kind...
Read more