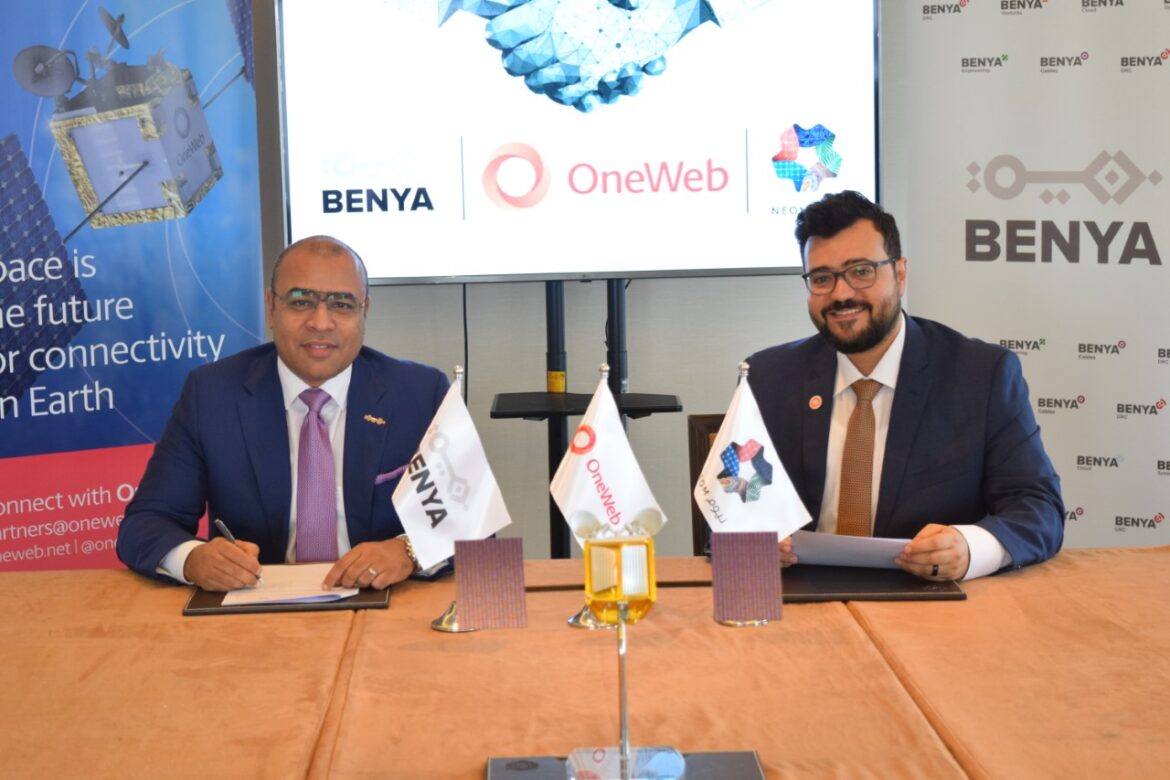 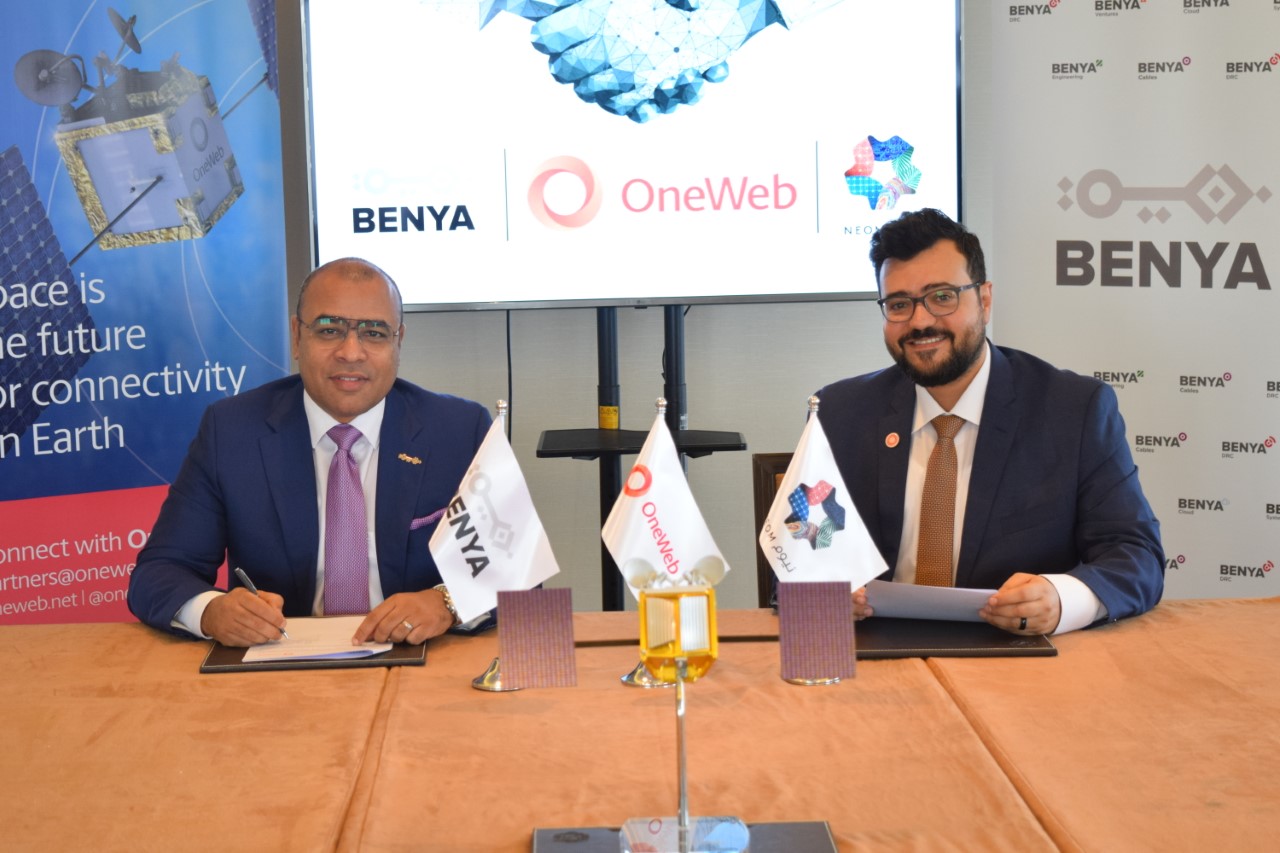 Benya Group, the digital solutions and ICT infrastructure provider in Egypt and the Middle East and Africa region, have announced the signing of a Memorandum of Understanding (MoU) with OneWeb, the low Earth orbit satellite communications company.

OneWeb NEOM JV, a joint venture formed by OneWeb and NEOM in the Kingdom of Saudi Arabia with the purpose of providing high-speed satellite connectivity to NEOM, the Kingdom, the wider Middle East and neighbouring East African states has agreed this MoU with Benya Group. The signing took place during CabSat event in Dubai and marks Benya Group’s first satellite project.

The MoU will facilitate discussions between the parties regarding the support and maintenance of telecom infrastructure throughout the Middle East and Africa, with the goal of providing fully integrated telecom networks to the network infrastructure of Benya Group’s clients.

Eng. Ahmed Mekky, Chairman and CEO of Benya Group, said: “We are thrilled with this collaboration as OneWeb is considered the leader in satellite projects across the Middle East and Africa.”

Laith Hamad, VP Government and Regulatory Engagement, OneWeb and Board Member of OneWeb NEOM JV, added: “We are excited to cooperate with Benya to explore how Benya and OneWeb can work together to bring affordable connectivity to the widest possible audience in the region, especially for so many who do not yet have high-speed internet. This is another great milestone towards enabling connectivity through the state of art OneWeb LEO satellite technologies enabled by the OneWeb NEOM JV.”

Benya Group is the first Egyptian firm to collaborate in the Middle East and Africa on the concept of LEO (low Earth orbit) satellites, specifically with the OneWeb Network.