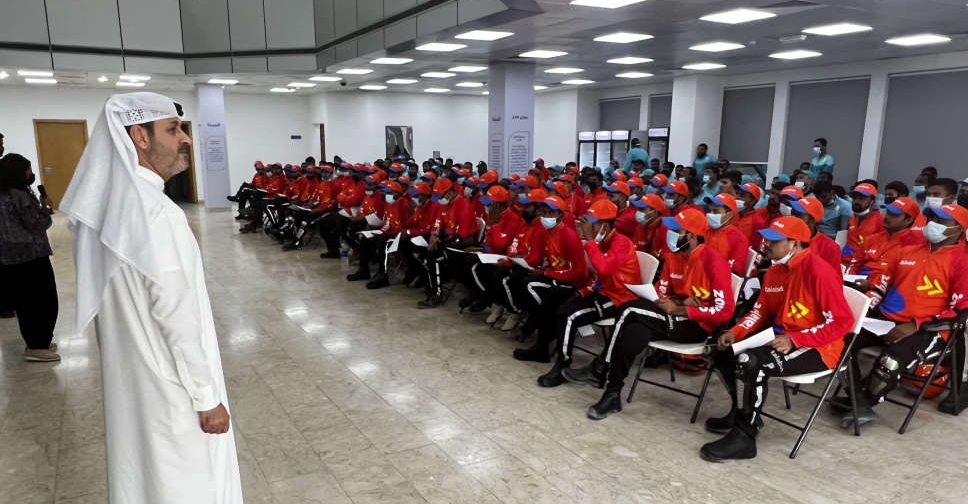 The Permanent Committee for Labour Affairs (PCLA) reaffirmed its commitment to implement progressive labour policies, and their programme, aimed at ensuring workers know their rights, has trained over 70,000 workers since 2016.

The PCLA Chairman highlighted the workers’ awareness and training programme, a project that the Committee introduced in 2016 in collaboration with the Middle East Centre for Training and Development.

It covers various topics, including UAE Culture, Labour and Immigration laws and regulations, health and safety, and government help channels.

Major General Obaid Muhair bin Suroor, Deputy Director-General of the General Directorate of Residency and Foreigners Affairs in Dubai (GDRFA-Dubai) and Chairman of the PCLA, said the Committee continues to pursue workplace campaigns and community initiatives throughout the year to improve workers’ standard of living further and working, aligned with Dubai’s strategy to set new standards in labour welfare. “We have carried out several successful initiatives throughout the years, aimed at raising the welfare and happiness of workers in Dubai,” Bin Suroor noted.

The preliminary results of recent surveys conducted by the PCLA demonstrate a significant increase in the workers’ knowledge across all topics covered. Awareness among workers about residency and labour laws in the UAE increased from 19.75 per cent before the training to 88.63 per cent on completion.

Abdulla Lashkari Mohammad, Secretary-General of the PCLA, noted that during the COVID-19 crisis, the Committee supported workers in overcoming the impact of the pandemic by adapting the programme.

The campaign content was translated into multiple languages to cater to Dubai’s multi-lingual workforce. Following the containment of the virus, the programme continues to raise health and safety as well as labour rights awareness. It is offered in four languages: English, Arabic, Urdu, and Hindi.

Dr. Ahmed Al Hashemi, Consultant to the PCLA and Managing Director of the Middle East Centre for Training and Development, said, “The training programme is based on scientific and academic criteria and is implemented according to international standards of human and labour rights protections. It aims to maintain the stability of the contractual relationship between employers and workers and prevent labour rights abuses.”

The PCLA has so far focused on blue-collar workers within the construction sector and targeted managers of companies and supervisors of labour accommodations. The Committee is also focused on training workers in the delivery sector and plans to target larger categories of workers over the next few years.

Abdulla Lashkari, PCLA’s Secretary General, added that the Committee had prepared an integrated plan to distribute free meals in all labour areas in cooperation with the private sector. He said the PCLA prioritises the interests of workers and strives to implement labour best practices that protect workers’ rights.